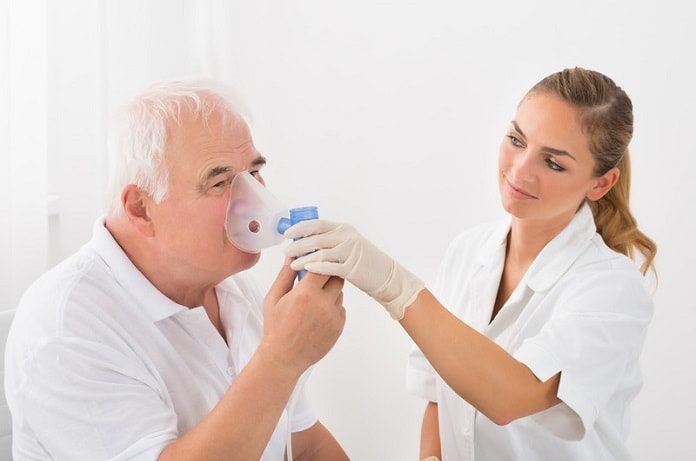 A recent article reviewed whether noninvasive ventilation (NIV) is an effective therapy for chronic obstructive pulmonary disease (COPD) sufferers, and found that further studies are required to definitively answer this question.

Chronic obstructive pulmonary disease (COPD) encompasses many progressive lung diseases. COPD usually affects individuals over 40 years old and is generally caused by smoking, exposure to environmental pollution and genetics. There is no cure but treatment can help alleviate the symptoms, which include dyspnea (shortness of breath), hypercapnia (high CO2 blood levels) and chronic coughing. The prolonged nature of these symptoms can affect lung function to such an extent that patients may be hospitalized or even die.

One COPD treatment, noninvasive ventilation (NIV), provides positive-pressure ventilation through the patient’s upper airway via a mask or a similar device. Studies attempting to demonstrate that this is an effective therapy for COPD patients have produced conflicting results. A recent editorial published in The Journal of the American Medical Association analyzed the factors contributing to the conflicting results.

In 2014, two randomized clinical trials (studies 1 and 2) compared noninvasive positive-pressure ventilation (NPPV) with standard treatments over a 12-month period. In Study 1, NPPV improved partial pressure of CO2 (PaCO2) blood levels, capacity to exercise and quality of life, and also decreased the mortality rate. In contrast, there were no differences in lung function, hospital readmissions, quality of life or number of deaths in Study 2. A third randomized study (Study 3) published in 2017 compared home oxygen therapy alone with a combination of NIV and home oxygen therapy over 12 months. Combined therapy extended the time between hospital readmissions and to death, improved PaCO2 levels and reduced exacerbations, but did not reduce mortality rate or improve overall quality of life.

The authors note that each study used different hypercapnia cut-off values and measured hypercapnia levels at different times after patients had been admitted to hospital, which may have contributed to the conflicting results. In addition, none of the studies analyzed the impact of obstructive sleep apnoea (OSA), a syndrome that overlaps with COPD. A separate observational study published in 2010 showed that NIV plus oxygen therapy reduced the mortality rate in COPD patients who also had OSA. Therefore, any positive findings in studies 1-3 may be due to successful treatment of the symptoms of OSA, not COPD. Further studies are needed to investigate this issue.

Although studies have not detailed how NPPV improves COPD symptoms, the reviewers speculate that NPPV might improve sleep quality and PaCO2 levels by reducing nocturnal hypoventilation and improving blood oxygenation. It is also possible that NNPV can alleviate respiratory infections or diminish the effects of environmental exposures that exacerbate COPD symptoms, thereby reducing hospital admissions. Despite the conflicting evidence, the reviewers suggest that NPPV could potentially be an effective therapy for a particular subset of COPD patients. Parameters encompassing the technical aspects, such as inspiratory pressure, and patient characteristics must be clearly defined and thoroughly analyzed in further studies.