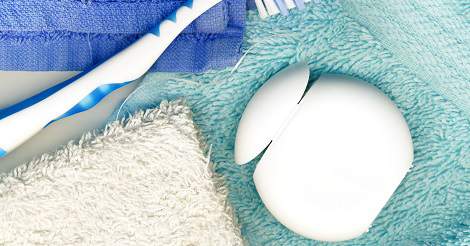 The US Government had endorsed flossing until not long ago— when it was revealed the recommendation lacked scientific support. A review of the most recent studies on dental health has shown little evidence to suggest that flossing in fact works to remove plaque, or prevent gum disease and tooth decay.

We have been told time and time again to floss daily in order to prevent gum disease and cavities. The practice of flossing has been pushed for decades by dental organizations, the federal government, and manufacturers of floss. Since 1979, the US Government has recommended flossing in the Dietary Guidelines for Americans. However, under the law, recommendations must be supported by scientific evidence to be included in the Dietary Guidelines for Americans.

Flossing as a recommended practice had been removed, without notice, when the latest dietary guidelines were issued by the US government this year.  In a letter to the Associated Press, an American news agency, the government declared that there had never been research conducted on the effectiveness of flossing, as needed. The Associated Press, an American news agency, conducted an investigation of the evidence and revealed that there is no scientific proof to support flossing recommendations.

The Associated Press examined the latest rigorous studies on flossing carried out over the past decade. They concentrated on 25 studies that mainly looked at the difference between the use of a toothbrush and the use of toothbrushes and floss, combined. According to the reviews, the complete evidence to support flossing appeared to be of “very low” quality and “weak, very unreliable,” and converts “a moderate to large potential for bias.” Further, a review published in 2015 in the Journal of Clinical Periodontology also indicated that “the majority of available studies fail to demonstrate that flossing is generally effective in plaque removal.” In contrast, one review in 2011 concluded that flossing can result in a slight reduction in early gum inflammation (gingivitis), and can thereby reduce the risk of developing full-fledged gum disease over time, but the evidence was ranked as “very unreliable.”

Flossing is also recommended by leading professional groups such as the American Academy of Periodontology and the American Dental Association (ADA), which includes specialists in implants and gum disease. These groups reference other studies to support their claims that flossing prevents tooth decay, gingivitis, and plaque. However, the majority of these studies used include very few people and use methods that were outdated, and some are far too short in duration for dental disease or cavity to form. Further, the research barely even considered cavities or gum disease and focused mainly on inflammation and bleeding. In their statement to the Associated Press, the ADA claimed that flossing “is proven to remove’ debris from between teeth” and “removes plaque.” and recommends flossing once a day to remove plaque where toothbrushes cannot reach.

According to Wayne Aldredge, president of the periodontists’ group, had researchers looked at patients with the highest risk of gum disease, such as smokers and diabetics, the significance of floss might have been more clear. He further stated that many people do not use floss correctly, in which they move it in an up and down motion on the sides of the teeth, instead of moving it in a sawing motion. Yet, Mr. Aldredge still encourages people to floss to help avoid cavities and gum disease.

Moreover, the scientific adviser of the British Dental Association and Dentist, Damien Walmsley, specified that damage to health can occasionally result from flossing. Flossing that is done carelessly may damage teeth, gums, and dental work, and can result in dangerous infections by displacing bad bacteria from in between the teeth and invading into the bloodstream, particularly in people with poor immunity.

On the other hand, a dentist at the National Institutes of Health – Tim Iafolla – declared that removing the floss recommendation from the guidelines would have only been appropriate if reviews on flossing from the past decade had applied the highest standards of science and had greater quality. In any case, he asserts that flossing is low cost and low risk, and recommends that people should still floss.