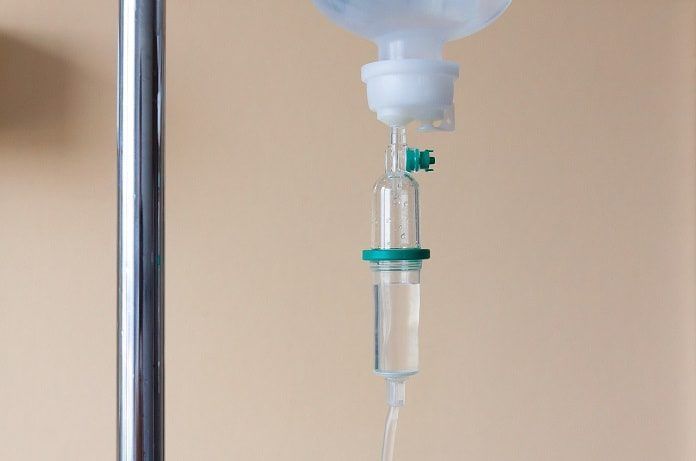 A recently published report documents the curious case of a patient who was treated with the recently introduced drug nivolumab for melanoma and developed vitiligo spots during the course of treatment.

Nivolumab is an antibody that binds to programmed cell death protein 1 (PD-1), a protein present on the surface of a number of cells of the immune system, which includesCD4+ and CD8+ T cells, B cells, monocytes, natural killer cells, and dendritic cells.1 PD-1 is important for the development and maintenance of immune tolerance; mice lacking PD-1 are known to develop a number of autoimmune diseases.PD-1 ligands or binding partners are overexpressed on many tumor cells, and these ligands interact with PD-1 on activated T-cells, leading to a suppression of the immune response against tumor cells. Nivolumab binds to PD-1 and prevents the latter from interacting with PD-1 ligands, allowing activated T-cells to attack and clear cancer cells.

Nivolumab is approved by the US Food and Drugs Administration for the treatment of melanoma or skin cancer that cannot be surgically removed or has metastasized.2 It is also approved for use, either alone or in conjunction with other drugs, in the treatment of classical Hodgkin lymphoma, non-small cell lung cancer, renal cell carcinoma, squamous cell carcinoma of the head and neck, and urothelial carcinoma.

A report published recently in JAMA Dermatologydocuments the unique case of an individual who developed melanoma on his right knee is his 30s.3Subsequently, the tumor and the right ilioinguinal lymph node were surgically removed, but the tumor in the lymph nodes emerged at various times8 months after the surgery, and each time it was surgically removed. A CAT scan after 4 years of the initial surgery showed that the cancer had metastasized into the right pelvis and lower thigh. At this point, he was treated with nivolumab over a period of 3 months. With nivolumab therapy, the pelvic metastasis and other secondary tumor sites disappeared. However, the patient developed vitiligo spots on the chest, back of his hands, and back during the course of treatment.

Eight months after the cessation of treatment, the vitiligo spots disappeared and simultaneously, CAT scans revealed brain metastases. Tumor tissue was surgically removed from the brain, and the patient was administered radiation therapy. Despite this therapy, other lesions appeared in the brain and liver tissue. He was then put on another 4 cycles of therapy, but there was no enlargement of existing vitiligo spots or the emergence of new ones. Additionally, the tumor progressed despite the administration of nivolumab.

The authors state that this is possibly the first instance where vitiligo repigmentation was observed after nivolumab treatment and offer an explanation for the appearance of vitiligo and subsequent repigmentation. They suggest that the administration of nivolumab triggers cytotoxic T cells out of tolerance and into attacking melanoma cells and normal melanocytes. Both melanoma cells and melanocytes share antigens, which may be targeted by T-cells and melanocytic antibodies, which results in tumor shrinkage as well as the depigmentation associated with vitiligo. Subsequent withdrawal of nivolumab treatment reduces melanocytic antibodies and T-cells in the epidermal layers, resulting in repigmentation and tumor relapse.

This important study is the first report of a potential correlation between vitiligo repigmentation and tumor relapse. There are no known instances of vitiligo disappearing after therapies involving nivolumab or other anti-PD-1 antibodies, and this unique instance suggests that repigmentation could be a potential sign of the reappearance of the tumor during or after therapy.