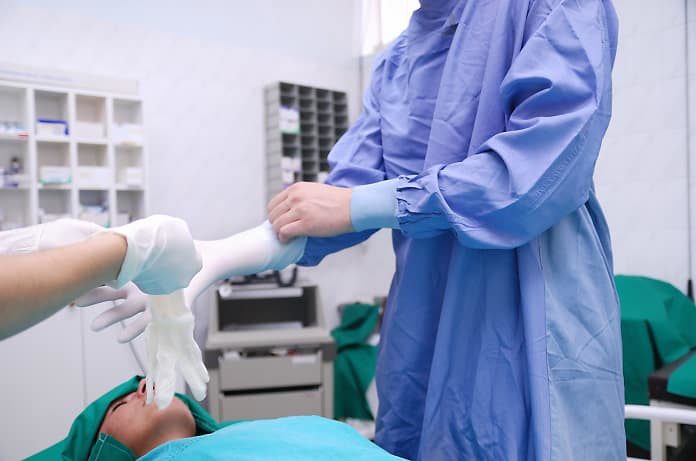 Researchers studied whether nipple-sparing mastectomy was a safe surgical procedure for breast cancer prevention in women with BRCA gene mutations who are at high risk of developing breast cancer.

There are many different risks for breast cancer, but one important factor is a family history of the disease. Researchers have discovered that in some families with several cases of breast cancer, there is a mutation of the breast cancer suppressor genes (BRCA). These genes normally control cell division in the breast, so abnormal BRCA genes increase the risk of developing breast cancer. Women with BRCA mutations have about a 50% chance of developing breast cancer over the course of their lifetime, compared with around 12% for women in the general population in the USA. Because of this increased risk, some women with BRCA mutations may be considered for surgery to remove their breasts (mastectomy) for breast cancer prevention.

There are different types of mastectomy which remove different amounts of breast tissue. A nipple-sparing mastectomy leaves behind the nipple and the surrounding skin. This procedure is becoming more widely used as it gives a very good cosmetic result, but it may not be the best choice for every patient. Researchers at the Mayo Clinic (USA) studied whether this procedure is a safe choice for women with BRCA mutations being offered preventative mastectomy. They recently published their findings in JAMA Surgery.

Although the length of follow-up was relatively short, the researchers concluded that nipple-sparing mastectomies are safe and highly preventative against breast cancer in women with BRCA mutations. They suggest that nipple-sparing mastectomies should be offered to appropriate patients with BRCA mutations to reduce their risk of developing breast cancer.

How does the gut microbiome affect cancer immunotherapy?