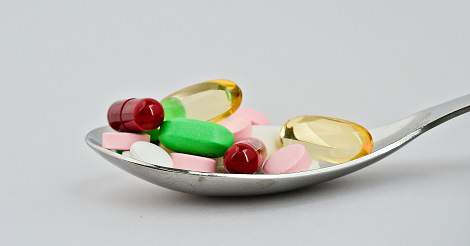 A recent study examined the association between the likelihood of experiencing heart failure and non-steroidal anti-inflammatory drug (NSAID) use. The researchers found associations between nine commonly prescribed NSAIDs and increased heart failure risk.

Non-steroidal anti-inflammatory drugs (NSAIDs) are commonly prescribed to treat inflammation – the pain, heat, and swelling produced by the body in response to infection or injury. There have been reports, however, associating the use of NSAIDs and an increased risk of cardiovascular events, such as heart failure. Better understanding of the associated risk of heart failure for these drugs would enable physicians to make informed decisions about the type and dose of NSAIDs prescribed to their patients.

A recent study published in the British Medical Journal examined the association between heart failure and the use of the most commonly prescribed NSAIDs. Data was collected from five European healthcare databases: PHARMO from the Netherlands, SISR and OSSIFF from Italy, GePaRD from Germany, and THIN from the UK. Adults who received at least one NSAID prescription anytime between 2000 and 2010 were included in the study, provided that with the year prior to entry into the study they were regularly monitored by a health professional for at least a year, had no NSAID prescriptions, were not hospitalized for heart failure, and had never been diagnosed with cancer.The presence of conditions, other prescriptions, and lifestyle factors which affect heart failure risk, including a diagnosis of heart failure more than a year prior to entry into the study, were taken into account for analytical purposes.

Patients were classified as current NSAID users if they were on NSAIDs within 14 days of admission to the hospital, recent users if between 15 and 185 days, or past users otherwise. Those on NSAIDs but were not admitted to a hospital for heart failure within the study period served as controls. Controls were matched with cases based on sex, age (±1 year), and date of entry into the study (± 28 days). In total, there were 92,163 cases of heart failure and 8,246,403 controls included in the study.

The researchers further examined the relationship between the prescribed dose of individual NSAIDs and heart failure risk. As only PHARMO and THIN reported information about the prescribed daily dose of each NSAID, only information from those databases were included in the dose-response analysis. Doses were stratified into low, medium, high, and very high. Current use of very high doses of diclofenac, etoricoxib, indomethacin, piroxicam, and rofecoxib was associated with at least twice the risk of heart failure as past use of any NSAID. Indomethacin and etoricoxib also significantly increased risk at medium doses.

Notably, the most widely prescribed NSAID, celecoxib, was not associated with an increase in heart failure risk. Due to the small number of patients exposed to very high doses, however, the researchers suggest more research be done to determine its safety at these levels.

The findings of this study may help physicians make informed decisions when prescribing NSAIDs to patients, especially with respect to the nine associated with increased risk of heart failure and the relative safety of celecoxib at moderate doses.

As the study design only included data on NSAIDs obtained through prescriptions, NSAIDs obtained over-the-counter may not have been accounted for. As information was collected from several databases, differences in the information reported, e.g. whether heart failure was reported as the primary reason for hospital admission, existed, impacting the true number of patients who should have been included in the study, who served as cases, or who served as controls. As only data from PHARMO and THIN was included in the dose-response analysis, an appropriate number of patients may not have been available to properly evaluate heart failure risk at all dose levels. As NSAIDs are prescribed with different regimens based on the condition being treated, e.g. acute vs. chronic inflammation, this may account for some of the variation in heart failure risk. Further, some lifestyle factors and diseases and the drugs used to treat them affect heart failure risk independent of NSAID use. The study was conducted using data obtained from European sources, and as such may not be fully generalizable to a North American population.