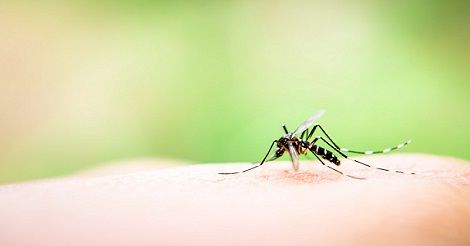 A new trap, called the “ovillanta”, proves to be effective in attracting and trapping mosquitoes carrying the Zika virus. Made of discarded tires, it is almost two times as effective as current mosquito traps

Zika virus, which is spread through mosquito bites, is becoming a large issue for public health. As of this month, the World Health Organization has confirmed that Zika virus is a cause of microcephaly (improper brain development) in infants and Guillain–Barré Syndrome (rapid on-set muscle weakness) in adults. Concerns of its severity have now increased since the Center for Disease Control and Prevention reported that the Zika virus may spread further than originally thought. Currently, there are no treatments, and efforts to reduce the spread and number of Zika-carrying mosquitoes are ineffective.

Dr. Gerardo Ulibarri at Laurentian University has been making and testing mosquito traps for years, and has now designed a mosquito trap capable of reducing the number of Zika-spreading mosquitoes. His mosquito trap, called the “ovillanta”, is a low-cost trap made from discarded tires and other recycled material. The piece of tire has a wooden strip containing a mosquito attractant, where mosquitoes land and lay their eggs. It functions to attract and trap the Aedes aegypti mosquito, the main mosquito species responsible for the spread of Zika virus.

The ovillanta was tested in Sayaxche, Guatemala since February 2015, for 10 months. Sayaxche is an area, which is at high risk for mosquito-spread viruses, like dengue, chikungunya and Zika. The ovillanta was installed and compared to the current trap for Aedes aegypti, the ovitrap. Ovitraps are large 1-litre black buckets filled with water or attractant solutions. Ovitraps are considered effective for reducing the number of adult mosquitoes but are expensive and time consuming to monitor and maintain.

Other mosquito species (like the Culex restuans/pipiens) have been linked to the spread of Zika virus, and researchers say the ovillanta could be used for those species as well, so long as the attractant is modified.