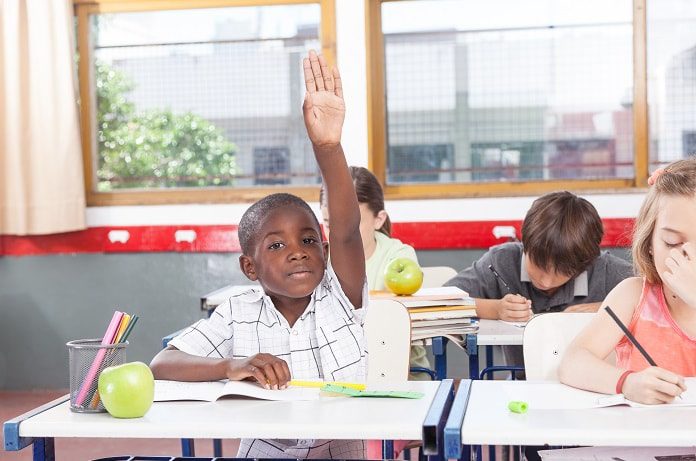 A team from the UK used data from the Millennium Cohort Study (MCS) to apply an alternative approach to the study of child language development. Quantile Analysis revealed that the association between factors such as poverty, early reading and TV and the outcome of language development is not equal across the population.

Language development in children is an important outcome of many factors experienced by the child throughout his or her upbringing. Predicting exactly how any of those determinants ultimately affect a child’s oral language performance later in life can be elusive for researchers. In general, statistical studies look at a series of variables, whether they are demographic, socio-economic or environmental, for a group of subjects and tests whether there is a relationship between the presence or absence of variables and the outcome in question. For example, is reading to a child at age 3 more than three times per week (the independent variable) correlated to better language skills at age 11 (the dependent variable)?

The most common method used to address questions like this is called ordinary least squares regression (OLS), a statistical method that creates a “best fit” to a spread of data collected, and makes conclusions based on that fit. OLS has been used in developmental studies for some time, and is generally accepted in the scientific community as a valid approach to population-wide studies. However, one major limitation of OLS is that it assumes the effect of a determinant on a child (reading at a young age) has the same magnitude no matter where in the distribution of the outcome that child lands (poor, average, or excellent oral language skills later in life). The absence of more nuanced data has made it difficult to target interventions to the groups that need them most.

A UK study carried out through the Centre for Research Excellence in Child Language and published in Child Development has taken an alternative approach termed quantile regression to the study of child language development in the hope of gaining more insight into how different groups in the outcome distribution are affected by certain factors. The study involved secondary data from the Millennium Cohort Study (MSC), which was performed on UK children born between 2000 and 2002, and followed through their lives with parental and child contact made several times between birth and age 11. The measurement of outcome in the MCS was the British Ability Scales (BAS-II) at 11 years of age. Children were assessed by an interview in which they attempted to identify similarities between groups of 3 words, and what those similarities signified.

The authors sought to investigate whether a quantile model would offer more than traditional OLS by mining the data to determine the magnitude of the effect certain factors would have on the BAS score for different portions of the distribution. The independent variables tested included child and family factors (gender, poverty, ICU admission, etc.) and home activities (child read to at 3 years, child visits library at 5 years, child visits park at 5 years, TV use at 3 years, etc.). An additional variable tested was child vocabulary at 3 years, measured by the ability of a child to name coloured objects or pictures in a book.

The results revealed two general patterns distinct from the data afforded by OLS alone. The first showed that the most acute effect of predictors for outcome was found for children who scored in the lower third of the analysis. By far this was true for poverty and parental reading. In other words, while the experience of poverty or lack of access to literature growing up in general correlated with lower BAS scores, the size of this effect was much larger for those scoring near the bottom of the performance scale. This suggests that blanket interventions may not be the best approach, and that targeting those at the bottom of the scale provides the most efficient use of resources. Interestingly, the second major trend, showed a similar effect at both the top and bottom of the distribution. Children with more siblings demonstrated a more negative effect on their BAS at the bottom (low scores) and top (high scores) of the distribution, and to a lesser degree in the middle.

The authors cited several limitations of their study, including the length of time between the recording of the predictors and the measurement of the outcome. What other factors could come into play during that time, or was is possible that the effects could “wash out” over time? In addition, although the large size of the MCS meant that their statistical measurements were robust, using secondary data collected in the past in this manner precluding their ability to look at other skills or outcomes for the same group of individuals.

Overall, this study showed that in some cases quantile regression can reveal subtle information that was previously inaccessible via OLS, and that this can provide a new understanding of the relationship between determinants and outcomes in language development.