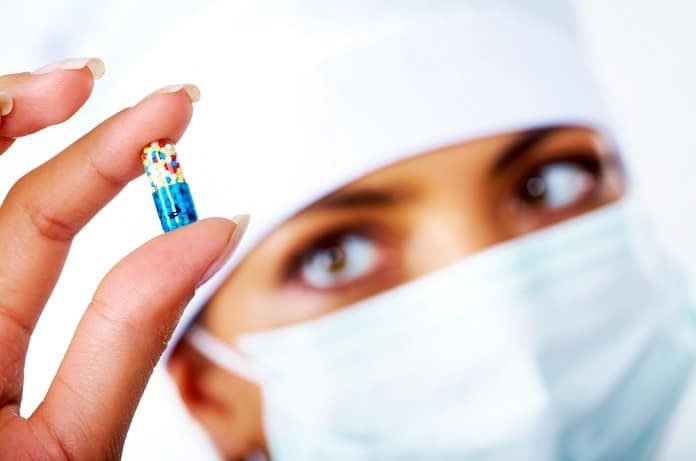 Polycystic ovarian syndrome (PCOS) is a common endocrine disorder in women that can occur from the time they are at the reproductive age causing a hormonal imbalance. Women diagnosed with PCOS usually have large ovaries that contain sacs of fluid and cysts grow on the ovaries. PCOS can cause infertility, irregular menstrual cycles, weight gain, obesity or an increase of facial hair. Moreover, it can result in long term effects such as diabetes and heart disease.

Initial treatment is weight loss and lifestyle changes such as increased physical activity and a specific diet. Recently, more studies are beginning to explore how minerals such as magnesium, calcium, and vitamin D affect PCOS and if it has a positive result. While some studies suggest that zinc concentrations in women with PCOS are lower than in healthy women, others display that levels of zinc are higher in women with PCOS.

Due to conflicting findings in previous studies, Maktabi and colleagues published a recent study in the Biological Trace Element Research. The study was a randomized, double-blind placebo controlled trial consisting of 60 PCOS women. The women ranged from 18-40 years during January to April 2017 and were recruited from the Research and Clinical Center for Infertility at the Kosar Clinic in Arak, Iran. All of the participants were examined by a gynecologist after they were diagnosed with polycystic ovary syndrome and were split into two groups for the purpose of this study. One group was treated with magnesium, zinc, calcium and vitamin D supplements and the other group was given a placebo twice a day for 12 weeks. Standard measurements included height, weight, body mass index (BMI) and blood samples.

Based on other studies, it revealed that women with polycystic ovary syndrome had features of metabolic syndrome and lower levels of vitamin D, causing interruptions with insulin receptors. Therefore, Maktabi and colleagues suggested that this is part of the reason they received positive results from their study by using a supplementation that contains vitamin D. Furthermore, data from this study showed that magnesium-zinc-calcium-vitamin D supplementation led to a significant decrease in hirsutism and total testosterone in comparison to that of the placebo group.

There were some limitations to this study.  One such limitation was due to limited resources, the researchers in this study were not able to extend the scope of the research to find a correlation between the supplementation and gene expression on inflammation and oxidative stress. Also, since multiple minerals and vitamins were used all at once (magnesium-zinc-calcium-vitamin D), it is difficult to see which one was the most effective against the placebo.

Many women with PCOS suffer from problems with infertility, weight gain, and uncontrollable, rapid hair growth. As a result, they have to make significant lifestyle changes and rely on medication to help reduce some of the effects from PCOS, in addition to being more susceptible to having chronic diseases later in life. This study is important as it endorses a natural supplementation that seems to have positive effects on dealing with polycystic ovary syndrome, more specifically on hormonal changes, inflammation, and oxidative stress.