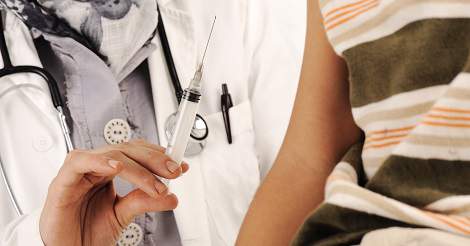 A study group identified a new target for antibodies on the surface of both Zika virus and Dengue virus that may be the first step in the development of a new vaccine effective against both viruses.

Zika virus and Dengue virus belong to the Flaviviridae virus family and they are both spread by the same mosquitoes. Viruses in this family have 2 main structural glycoproteins on their surface, protein M (prM) and E (pr E). In Dengue patients, it is possible to isolate antibodies (a substance produced by the body to fight disease) against the prE. As there is a similarity in the structures of the two viruses, antibodies against Dengue may be able to potently neutralize Zika virus, too.

In a research article recently published in Nature, an international study group investigated the possible effects of Dengue antibodies on Zika virus. They analyzed the structure of both the antibodies and viruses in order to find possible common targets for new vaccines that would be protective against both Dengue fever and Zika.

After assessing the amino acid structure of both viruses, authors found that the prE of Dengue and Zika virus were similar so they hypothesised that anti-Dengue antibodies, that target the prE, should neutralize Zika virus too. They found that one type of antibodies (EDE1) was able to strongly neutralize both Zika and Dengue viruses. The study group used crystallization to identify the parts of Zika virus that were recognized by the antibodies and found that it was the same location in both Zika and Dengue viruses, called the sE dimer. However, researchers observed a slight difference between the docking of the antibodies on the two viruses.

As the authors identified a new common target for antibodies on both Zika and Dengue virus, it may be possible to develop a universal vaccine that is effective against all viruses in the Flaviviridae virus family and could stop the Zika epidemic.

It there a link between gut microbiome and Parkinson’s disease?

It there a link between gut microbiome and Parkinson’s disease?