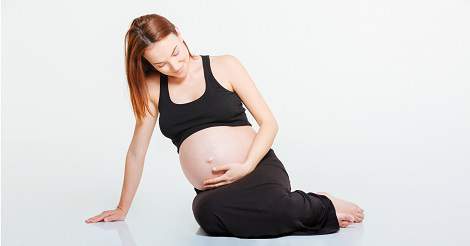 A large statistical analysis comparing siblings finds no association between induced labour and the risk of developing autism spectrum disorders.

Autism is estimated to affect 1 in 90 children in the United States.  The disorder causes varying degrees of impairment in communication, behaviour, and social skills. The term autism spectrum disorder (ASD) includes the diagnoses of autism disorder, pervasive development disorder not otherwise specified, and Asperger syndrome.

The causes of ASD are not well known. Environmental, biological and genetic factors are believed to influence its development.  The critical period for developing ASD appears to occur before, during and immediately after birth. Recent findings suggest a possible link between labour induction and the risk of ASD. In particular, a 2013 study reviewing data from the North Carolina Detailed Birth Record and the Education Research gained media attention when it concluded that the odds ratio for developing ASD following labour induction and labour augmentation was 1.27.

The apparent link between labour induction and ASD remains unexplained. Researchers speculate that pre-birth exposure to oxytocin, the neurotransmitter used to stimulate uterine contraction to induce or augment labour, influences oxytocin receptors in the brain and may predispose it to ASD.  Another hypothesis proposes that labour induction itself causes an increase in the risk of ASD.  Understanding whether labour induction or augmentation increases the risk of developing autism is relevant for both clinicians and patients who must weigh the risks and benefits associated with this birth-related procedure.

The Journal of American Medical Association Pediatrics recently published the results of a nation-wide Swedish-based statistical analysis examining the correlation between induced labour and the risk of an ASD diagnosis. The study focused on the risk of ASD among siblings born to the same mother but whose birth process differed (induced versus non-induced labour).

National records were gleaned for data: The Medical Birth Register contributed details about live births in Sweden; the Swedish Multi-Generation Register provided information about family structure such as siblings born to the same mother; the National Patient Register provided recorded cases of ASD; medical birth records contributed information as to whether or not labour was induced.

The large-scale cohort study considered all births from 1992-2005 and all outcomes of ASD diagnosis until 2013.  The sample included 1 117 220 cases (82% of all live births) including 694 612 siblings by the same mother. Records indicating emigration, death, or lacking maternal information on early pregnancy body mass index, smoking status, education level and country of origin were excluded from the study.

By the age of 20, slightly more than 2.5% of the study population had been diagnosed with ASD: 3.5% among the induced and 2.5% among the non-induced.  The base model revealed an association between induced labour and ASD comparable to previously published results (1.32). Adjusting for stable maternal characteristics (model 2) did not alter the risk significantly (1.31).  In model 3 the association remained statistically significant but was somewhat attenuated (1.19). The fourth analysis, adjusted for all factors shared by maternal siblings and birth-specific factors, revealed no statistical association between labour induction and ASD (0.99).  Sensitivity tests were performed on the models to test the strength of the findings.

Although an association between labour induction and an ASD diagnosis initially emerged, the risk dissipated using a more sophisticated model accounting for maternal factors and comparing siblings born to the same mother.

The authors conclude no relationship exists between labour induction and the risk of developing ASD, and that concerns about ASD should not factor in the decision whether or not to induce labour.

Study strengths include its large size, lack of selection bias (nearly all Swedish births), and broad data from national databases.  Limitations include lack of information on labour augmentation, the effect of exposure to oxytocin through labour augmentation, and the possibility that factors other than those analysed caused variations in the sibling birth process.