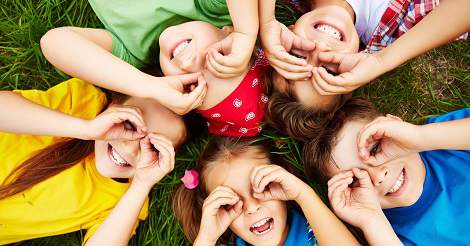 The adolescence period (12-18 years) of a child’s development is filled with physical and mental milestones. Children begin to understand abstract ideas, establish meaningful relationships and gain a sense of identity. However, adolescence is not all rainbows and sunshine, as children as just as likely to develop disorders such as ADHD.

ADHD is one of the most common neurodevelopmental disorders in childhood. Children who are diagnosed with ADHD have difficulty paying attention, controlling impulsive behaviors and are often overly active. The treatment of ADHD comes in the form of behavior therapy and medications such as simulants and nonstimulants. Simulants are drugs prescribed to increase alertness, attention and energy, whereas nonstimulants have antidepressant properties such as eliciting a calming sensation. However, scientific research regarding ADHD treatment has mainly been performed in children. There is a lack of knowledge regarding ADHD treatment in adolescents as the disorder is also highly prevalent in adolescents.

In a new systematic review, researchers aimed to review all the evidence for pharmacological and psychosocial treatment of ADHD in adolescents. The researchers used various scientific data bases and collected articles regarding treatment of ADHD in adolescents from the years 1999-2016. Each article was rated based on quality of the study and the evidence level for treatment recommendations. In compilation, 16 randomized clinical trials and 1 meta-analysis, involving about 2700 participants, were examined.

The researchers found that in adolescents the evidence of efficacy was stronger for the stimulants methylphenidate, amphetamine and atomoxetine. The wide-scale systematic review also allowed the researchers to conclude that both stimulant and nonstimulant medications led to clinically significant reductions in ADHD symptoms. Besides medications, the researchers also looked at the effectiveness of psychosocial treatments including behavioral and cognitive therapy. They found that psychosocial treatments didn’t really improve ADHD symptoms as much and had inconsistent effects. However, despite the lack of effectiveness of psychosocial treatments, they were found to be helpful in an academic and organizational setting. The systematic review of ADHD treatment in adolescents which appeared in the May 2016 edition of the Journal of the American Medical Association (JAMA), would allow psychologists and health care professionals to better understand the effectiveness of various ADHD treatment options for adolescents.

The current study gives us an overview of the research conducted on ADHD treatment in adolescents. However, as the findings suggest, there is still a lot of ambiguity regarding the effectiveness of various stimulant medications and psychosocial therapies. The researchers hope that their fairly extensive review encourages others to conduct additional ADHD pharmacological and psychosocial treatment studies in adolescents.