Researchers are developing a cell replacement therapy that could allow neural cells to be transplanted and reprogrammed in the brain.

Degenerative neurological diseases and brain injuries both involve a loss of functioning neurons (brain cells), and produce devastating effects on patients’ health, ability to function, and overall quality of life. The severe effects of these conditions have spurred considerable interest into research that seeks to develop treatment options for these patients. One area of particular interest is stem cells.

Stem cells are a form of human tissue that has the ability to develop into different types of cells serving different purposes in the body. Embryonic stem cells are the most commonly-known example, but there are other types as well, known as “adult” stem cells, found in tissues such as bone marrow, muscle, the heart, and the brain.

Researchers at Rutgers and Stanford Universities have developed a technology which may hold some promise for transplanting neurons into the brain to replace damaged brain cells. The technology involves converting adult tissue-derived stem cells into human neurons and loading them on 3-D “scaffolds”, or tiny islands of fibers. These 3-D structures, which are about 100 micrometers wide, or roughly the width of a human hair, are thought to mimic how cells are configured in the brain. By organizing the transplanted cells using this type of structure, researchers hope to increase the chances that cells will engraft and form functioning networks with existing brain cells.

Although research into neuron transplants has been done before, it has typically involved transplant of unattached or dissociated cells, which tend to have a poor survival rate. In this new study, researchers found that cells transplanted into the brains of mice using the 3-D scaffold method had a 100-fold increase in cell survival over other methods.

Further research needs to be done to determine whether successful cell replacement translates to improvement in symptoms associated with neurological diseases and brain injury.

Research of this technique on humans is estimated to still be 10 to 20 years away. However, the results of this study do provide an encouraging avenue of investigation into potential treatment for diseases such as Parkinson’s, multiple sclerosis, amyotrophic lateral sclerosis (ALS or Lou Gehrig’s disease) and Alzheimer’s, as well as spinal cord and traumatic brain injuries, and concussions. 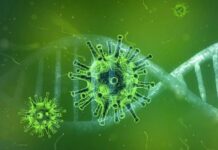