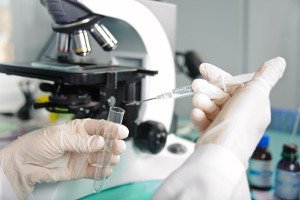 Scientists have developed a new method of treating arrhythmia by using nanoparticles to pinpoint heart cells targeted for laser therapy.

Arrhythmia is a life-threatening type of heart disease due to irregular heartbeat. Laser ablation is a method of treating arrhythmia, which uses light energy directed at the heart to destroy the cardiac muscle cells (myocytes) that are causing abnormal heart rhythm. However, complications may occur after treatment due to damage to surrounding healthy heart cells or tissues.

In a study published in Science Translational Medicine, researchers designed tiny synthetic materials or nanoparticles that are small enough to fit into the heart blood vessels and attach specifically to myocytes. These nanoparticles recognize a protein found only on myocytes and also contain a molecule, called a photosensitizer, that produces a type of oxygen that destroys target cells upon stimulation with laser.

According to the study, the new technique is a safe and noninvasive procedure that could be adapted and optimized for human use to treat arrhythmia patients.