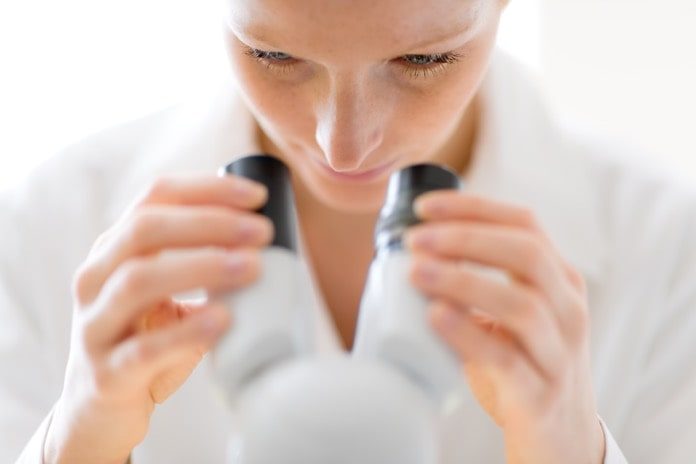 Current medications for breast cancer work by blocking receptors for the female sex hormone estrogen. Disruption of this pathway can slow down the progression of breast cancer. However, rapid mutations in tumour cells can lead to the development of resistance to receptor-blocking drugs, requiring more options to continue with effective treatment.

Researchers at Case Western Reserve University in Ohio, United States have uncovered a new structure within the estrogen receptor that could be targeted to disrupt its activation. Previous molecular studies revealed the structure of individual parts of the receptor; however, the interfaces between these subunits were not fully understood. The team at Case Western University was able to map the full structure of the estrogen receptor for the first time through a combination of small-angle X-ray scattering and computational modelling techniques.

Their paper, which was published in Nature Communications, describes a bridge-like structure connecting the two parts of the receptor that binds to estrogen and to DNA. The researchers learned that blocking this interface effectively prevents communication between the two key subunits of the receptor, interrupting the signalling pathway. Through the development of fluorescent probes, they were able to detect when the structure was functioning normally and when it was disrupted.

There are currently plans to do large-scale screening on existing drugs to identify those that are most effective at disrupting this pathway. Repurposing drugs that are already on the market to treat breast cancer could help shorten the lengthy process of drug development.

Can ketamine for pain replace opioids in emergency care?

How many antibiotic prescriptions are medically unjustified?