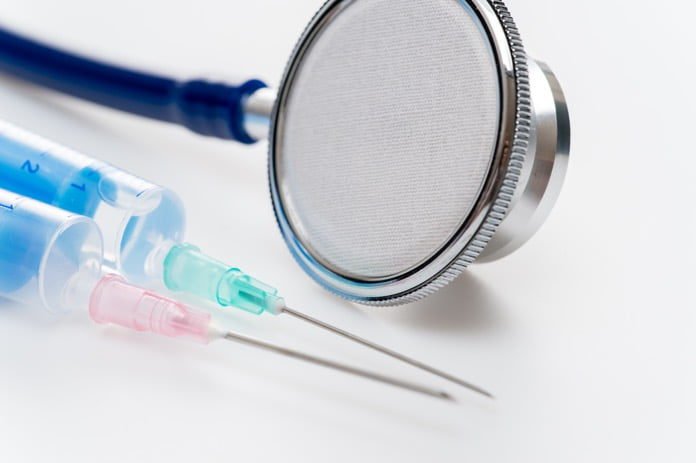 A recent study evaluated the safety and effectiveness of the meningococcal vaccine (4CMenB) in children and adolescents, compared to other vaccines.

Meningitis is a life-threatening disease caused by the bacterial pathogen Neisseria meningitidis and is responsible for nearly 1.2 million cases of meningococcal disease and 135,000 deaths worldwide every year. Of the thirteen meningococcal serogroups known to date, Neisseria meningitidis serogroup B (MenB) is the most common cause of bacterial meningitis and sepsis in Europe, with a mortality rate of 10%.

Attempts to develop an effective meningococcal vaccine against multiple serogroup B strains have been made since the early 1980s, without much success due to peculiar characteristics of this pathogen. Today, there are two protein-based vaccines available: FHbp, approved in The USA and Europe, and 4CMenB, approved in over 35 countries. While the former targets two MenB strains, the latter is a tetravalent meningococcal vaccine against the four MenB strains 5/99, 44/76-SL, M10713, and NZ98/254.

Due to the scarcity of data about the efficacy of the 4CMenB vaccine in children and adolescents, a recent meta-analysis conducted by Italian researchers and published in the journal The Lancet Infectious Diseases, assessed the safety and immunogenicity, or ability of an antigen to stimulate the immune system to produce specific antibodies, of this meningococcal vaccine. The authors of the study searched the available literature up to June 2017 for articles that assessed the immunogenicity and safety of 4CMenB compared to other meningococcal vaccines in children and adolescents. Among the parameters analyzed were: number of patients, age, sex, vaccination status, incidence of adverse effects, and seroconversion rates. Seroconversion is the process by which an organism that has no specific antibodies against an antigen starts producing antibodies upon exposure and might become immune.

The results showed that 30 days after the primary immunization course with the meningococcal vaccine 4CMenB, infants less than two months old, children, and adolescents had seroconversion rates ranging between 84% and 100%.

The immunogenicity after the primary course but immediately before the booster dose varied, according to the MenB strain, between 23% and 99%. The immunogenicity after primary immunization plus booster dose, in general, increased substantially to greater than 93% for all four strains. Six months or more after primary immunization, the persistence of immunogenicity in infants and children was 100% for 5/99 strain, 67% for 44/76-SL, and 25% for NZ98/254. For adolescents, the rate was greater than 77% for all strains tested. Finally, the immunogenicity six months after the primary immunization plus booster dose varied between 35% and 95%, depending on the strain. In general, individuals receiving the meningococcal vaccine 4CMenB were nine to 13 times more likely to develop immunity than those receiving control vaccines (regular meningococcal vaccines).

The authors state that there was great heterogeneity in the data collected and analyzed and that some important limitations exist. It is not known, for instance, if 4CMenB will induce sufficient immunity against diverse strains, specifically in outbreaks. Also, it must still be determined if this meningococcal vaccine could enhance immunity against other meningococcal serogroups, as it has been seen with other vaccines.

In conclusion, 4CMenB has an acceptable short-term safety profile and great immunogenicity levels. The primary immunization course is sufficient to achieve good immune response within 30 days of vaccination among both adolescents and children. However, a booster dose is necessary for children to prolong protection against strain M10713 and the long-term immunogenicity against strain NZ 98/254 is still suboptimal. Overall, the scientists feel that this new meningococcal vaccine may be an important new tool for protecting against the dangers of meningitis.