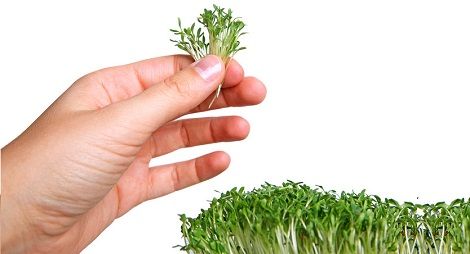 A new study from the University of Pittsburgh reports that watercress extract can detoxify carcinogens found in cigarette smoke, greatly reducing the risk of lung cancer

Watercress (an aquatic plant species) is normally used as an enhancer to meals, adding a peppery and slightly spicy flavour to sandwiches, risottos, and salads. For simple chefs (who boast about their ability fry an egg and burn a slice of toast), it’s not a go-to food item; but new medical research will have you giving watercress a second look.

Researchers at the University of Pittsburgh Cancer Institute have reportedly found a new use for watercress, one that might not be so obvious: it acts as a detoxifier of cigarette carcinogens. Researchers have discovered that watercress extract, when taken multiple times a day, can significantly detoxify carcinogens by inhibiting their activation in the body.

Carcinogens are any substance or radionuclide that is directly involved in causing cancer. These agents normally cause cancer by damaging the human genome or by disrupting cellular metabolic processes. Gamma rays, asbestos, alpha particles, and most importantly tobacco smoke, are all carcinogens. Lung cancer and smoking have been strongly linked for a long time. Tobacco carcinogens (like benzene, crotonaldehyde, acrolein, and nitrosamine) are inhaled into the lungs when someone smokes a cigarette, exposing themselves to harmful and potentially cancer-causing chemicals.

In their phase II clinical trial, University of Pittsburgh researchers showed that not only did watercress extract detoxify these harmful tobacco carcinogens, their effect was stronger in people who lacked specific genes involved in processing carcinogens. 82 smokers participated in the trial, and were asked to take either a mixture of 10 mg of watercress extract with 1 ml of olive oil or a placebo, four times a day, for a week. The participants were asked to continue their regular smoking habits throughout the trial.

Almost 50% of smokers in the US have tried to quit smoking at least once. Nicotine is very addictive and quitting can take a long time, often with multiple relapses. Although quitting smoking should be the top cancer prevention priority, it is difficult considering the addictive effects of nicotine. Researchers of this study hope that watercress extract can be used as a non-toxic and simple treatment in order to protect smokers from developing cancer. Researchers also suggest that the best detoxifying effects of watercress are seen in its extract form, and eating watercress as a vegetable may not be as effective.