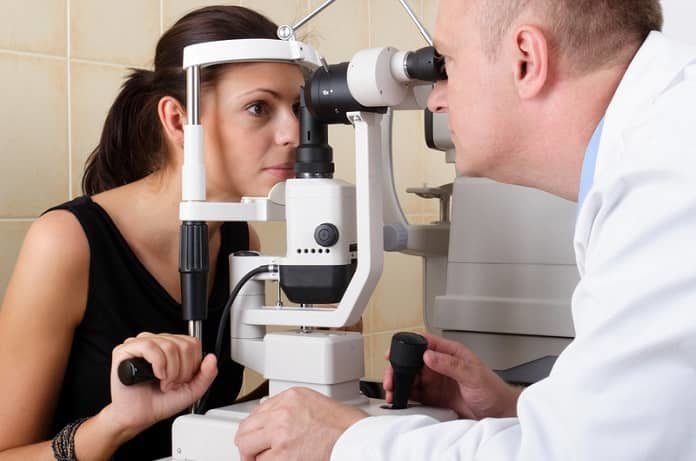 Affecting over 60 million people worldwide, glaucoma is a leading cause of blindness. Glaucoma is a group of diseases which cause the degeneration of the optic nerve resulting in irreversible vision loss and potential blindness if it is not detected early. There is a need to improve glaucoma tests for early detection, as most patients have already lost a third of their sight by the time they are diagnosed.

Medeiros and colleagues at the University of California-San Diego recently investigated whether a portable brain-computer interface (BCI) could be used to objectively assess visual function loss and detect glaucoma. Their findings were published in JAMA Ophthalmology and showed promising results that this technology could discriminate between glaucomatous damage and healthy eyes. This technology has the potential to not only provide easier testing methods for patients but due to its portability could be used at home. This has potential to significantly change the rate of early detection and provide a method to detect visual function loss over time.

Within a 3 month period all participants in the study underwent testing with a BCI device and standard automated perimetry (SAP). The BCI device, nGoggle (nGoggle Inc), is a portable device which can process electrical brain signals and is more reliable than other techniques as it is less susceptible to interference, such as blinking and eye movements. It also does not require conductive gels to be applied to the scalp for testing, making it an ideal candidate technique for objectively assessing the development of vision field loss from glaucoma in a home-based setting.

SAP, on the other hand, is the traditional method which has been used to test functional loss in glaucoma patients. However, it requires a considerable amount of subjective input from the patient, increasing the variability in the test-retest results. The SAP testing is typically done in a clinical setting and patients frequently go without the necessary testing due to limited resources, resulting in delayed detection and diagnosis.

To test the reproducibility of the measurements obtained with the BCI device, repeated testing was conducted in 20 eyes of 10 participants with glaucoma over a period of 3 sessions separated by weekly intervals.

The results indicated that the nGoggle could indeed be used to objectively assess visual field loss, as the portable device was able to distinguish between healthy eyes and eyes showing glaucomatous damage. The results suggest that it is a valid method for detecting glaucoma and a test which could potentially increase early detection and decrease the amount of vision lost before diagnosis.

The findings also suggested that signals obtained by the nGoggle may be able to detect glaucoma before the appearance of visual field defects which is what the SAP method detects. This observation is consistent with previous studies, however, previous studies have only used more conventional clinical based techniques.

The main aim of this study was to test proof-of-concept and validate the ability of this portable device to be used to detect glaucoma, therefore one limitation of the study was that it was not tested in a home setting. The study was conducted in a controlled clinical setting. Given that at home testing would likely present unforeseen challenges, future studies should be conducted to validate the device as a glaucoma test which can indeed be carried out by patients in their own homes. In addition, future studies should also investigate home-based testing for detecting visual loss over time.