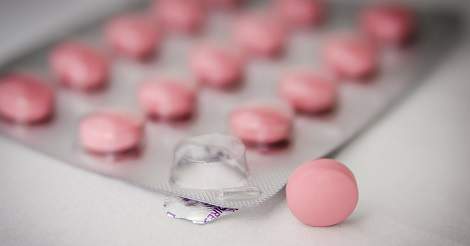 An American research group designed a new estrogen molecule, PaPE-1, and found that PaPE-1 might have beneficial effects on metabolism and vascular health, while not enhancing proliferation in uterine and breast cells, therefore not increasing cancer risk.

In an article recently published in Science Signalling, an American research group investigated the effects of pathway preferential estrogens (PaPEs) compared to estradiol (E2, a form of estrogen and a common supplement for post-menopausal women). They altered the structure of E2 which reduced the binding affinity of the new molecule (PaPE-1) by 50000 times compared to E2, but could still form a competent complex with the receptor. They found that PaPE-1 was selective in activating the extranuclear-initiated pathway and it did not stimulate proliferation of human breast cancer cells, but activated the mTOR pathway that modulates metabolic functions. Both E2 and PaPE-1 treatment resulted in increased gene expression, however E2 activated more genes overall and more genes related to cell proliferation.

To test the new molecule in vivo, researchers used ovariectomized female mice (mice with ovaries removed) and treated them with a control vehicle, E2, or PaPE-1. Compared to E2, PaPE-1 did not have any effect on uterine weight, mammary ductal growth and thymus size. However, both E2 and PaPE-1 reduced the mammary gland fat deposits that developed after ovariectomy and they both decreased body weight. Both hormones reduced fat mass, triglyceride (fat) concentrations in blood and liver lipid content, but only E2 increased total lean mass and water mass.
Investigators further examined the gene expression and found that both PaPE-1 and E2 induced gene expression changes in liver and skeletal muscles, while only E2 altered the gene expression in the uterus.

When researchers used mice that had no α-type ER, E2 did not stimulate uterine growth and neither PaPE-1 nor E2 decreased blood triglycerides.
Researchers also investigated the beneficial vascular effects of E2 and PaPE-1 compared to the control vehicle. They treated mice with one of the three substances, injured their carotid artery and then continued the therapy for 3 more days. They found that both E2 and PaPE-1 treatment caused similar vascular repair and that the effect could be prevented by administering anti-estrogens.
The research group designed 3 more molecules, PaPE-2, 3 and 4, that also activated the extranuclear-initiated pathway and therefore showed similar tissue-selective effects.

After menopause, estrogen supplementation can have beneficial cardiovascular and metabolic effects. However, estrogen therapy may result in proliferation of uterine and breast cells and it increases uterus and breast cancer risk. PaPE-1 seems to be an estrogen molecule that combines all the beneficial effects of estrogen supplementation without increasing cancer risk. Furthermore, the process used to develop these new molecules can be applied to other hormones, such as glucocorticoids and Vitamin D, which may result in drugs with more selective activity.