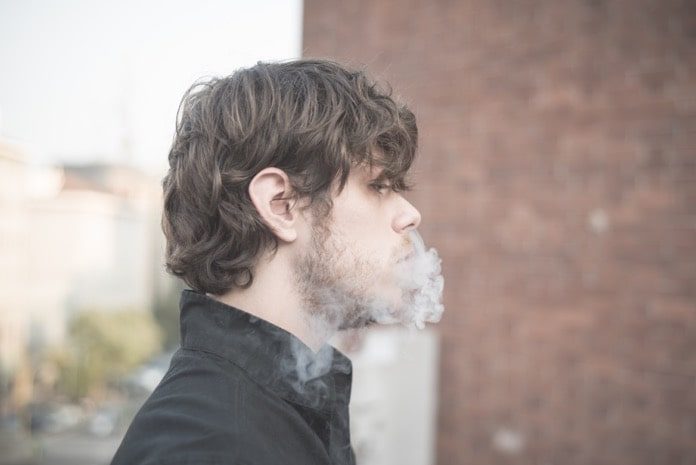 In this study, researchers examined whether an inhibitor drug could be used to treat those suffering from cannabis withdrawal symptoms.

Cannabis is used worldwide and the trend continues to grow. A troubling issue is that cannabis use disorder can result from the use of the drug, especially if the individual uses more potent forms. Cannabis use disorder can lead to impaired behavior among other things and can also have debilitating withdrawal effects without recurrent use. Addiction may also occur. Once a person stops cannabis use for a short period of time, withdrawal can occur for about one to three weeks and can be accompanied by a whole host of other behaviors ranging from irritability to depression.

Drugs like δ-9-tetrahydrocannabinol (THC), which is a component of cannabis, and its analogue, nabilone, are being tested and may help with the withdrawal symptoms. However, they do not seem to address the behavior of use of the drug itself. There may also be other side effects. There are other classes of drugs too, like nabiximols, which have mixed benefits.

Fatty acid amide hydrolase (FAAH) is an enzyme in the brain that works on a brain chemical, anandamide, which in turn, works on receptors used by cannabis constituents. By inhibiting FAAH, more anandamide can then function to induce positive effects that can be therapeutic in those suffering from the effects of prolonged cannabis use.

One example of a FAAH inhibitor is PF-04457845. In a previous osteoarthritis study, it seemed that PF-04457845 was reasonably safe to use. In this study by D’Souza and colleagues, the researchers wanted to see if PF-04457845 could be used on those facing cannabis withdrawal. This study  was published in The Lancet.

This was a double-blind randomized study featuring adult men between the ages of 18-55 years old, who met strict guidelines that defined them as dependent on cannabis. Men either received 4mg of PF-04457845 once a day or had a placebo pill. The men with cannabis use disorder had to be abstinent from the cannabis drug (up to four days and observed in hospital) to see treatment effect and the remaining treatment observations occurred up to an additional duration of three weeks, which signified the end of the study.

Between day 0 and 1, the researchers actually found that more withdrawal symptoms were apparent in the placebo group, compared to the study group. In addition, the treatment group had better sleep and better scores on anxiety and depression. Adverse events that did occur between the groups were not serious and tended to be comparable in frequency between the groups.

More research needed to determine the safety of trial drug

Overall, in this study concerning cannabis use disorder, the researchers showed that there was some benefit to the use of the 4mg dose of PF-04457845, an FAAH inhibitor. PF-04457845 was shown to reduce a select number of withdrawal symptoms common in cannabis withdrawal and it seemed to reduce the use of cannabis itself in the treatment group compared to the placebo. In this study, there were no serious adverse events, suggesting that PF-04457845 seems to be safe.

Limitations in this study include the fact that it could only be done on men because little research can support its safety and efficacy in women. In addition, there may have been issues with power in the study. Tobacco use could also have skewed data results, so future cannabis use disorder research should make attempts to consider all the other drugs that could be used at the same time as cannabis.

Future studies will have to be done to assure that PF-04457845 is completely safe, since another trial with a variant of this drug class had serious adverse events. Therefore, it would be best to further studies to show safety and efficacy of PF-04457845.