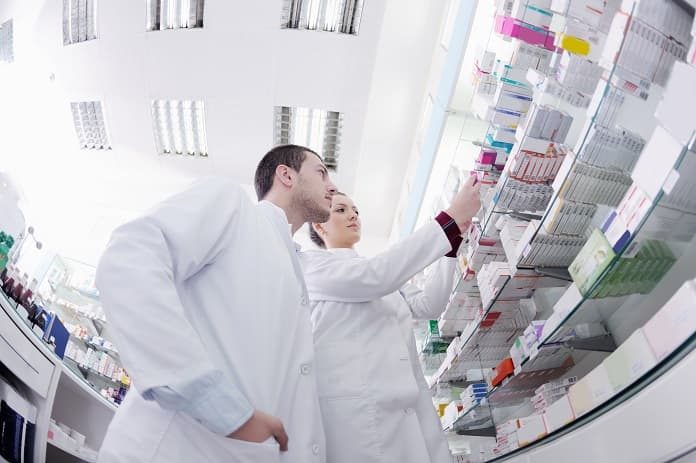 In the rapidly evolving world of drug discovery, scientists have developed a drug from a naturally occurring protein that may improve the treatment of mood disorders and chronic pain.

Opioid receptors in the body are related to bodily functions such as breathing, pain sensation, mood and reward. These receptors can be activated by naturally-occurring opioids in the body such as endorphins, naturally-occurring opioids in nature such as opium, or by synthetic opioid drugs such as fentanyl. Synthetic opioids are associated with side effects that may include constipation and decreased respiration. Thus, many disorders, such as chronic pain or mood disorders, are poorly managed due to the associated drug side effects.

Early studies have identified the association of these side effects with the stimulation of the cell signaling protein, beta-arrestin-2, when opioid receptors are activated. With this knowledge, scientists have been exploring drug developments that can activate a receptor’s beneficial treatment pathway without activating the side-effect pathway.

Naturally occurring peptides found in the protein rubisco, which is often found in plants like spinach, have been previously studied and reported to have the potential to activate opioid receptors without recruiting beta-arrestin-2. Scientists from the United States proposed that these rubiscolin peptides can bind to and activate opioid receptors without stimulating beta-arrestin-2 proteins. They evaluated this hypothesis using cellular signaling assays and published their findings in the European Neurospychopharmacology.

To test their hypothesis, the scientists compared the binding and signaling properties of two rubiscolin peptides to two different peptides, deltorphin II and leuenkephalin, which are well-known to stimulate beta-arrestin-2. All four peptides are capable of binding to and activating the opioid receptor pathway, however, the rubiscolin peptides are less potent and have a weaker attraction to the receptors.

When the scientists assessed the levels of beta-arrestin-2, they found that the beta-arrestin-2 levels from the rubiscolin peptides were low to undetectable. This finding is the first report of naturally occurring peptides that can activate opioid receptor pathways selectively with low stimulation of beta-arrestin-2 proteins.

Natural peptides may be effective for treating mood disorders

Previous studies have suggested the benefits of selective cell signaling toward the opioid receptor pathway without recruitment of beta-arrestin-2 proteins. These benefits may include decreased tolerance, decreased constipation and less respiratory depression. Initial studies suggest that these peptides are well-absorbed when taken orally and can cross into the brain to be effective for treating disorders that originate from the brain, such as mood disorders. On the other hand, the rubiscolin peptides’ weaker attraction to the opioid receptors may be a limiting factor to their therapeutic potential.

The scientists conclude that their finding of a naturally-occurring peptide that possesses this property is promising for future drug discovery and its potential as a drug to treat mood disorders and chronic pain should be further explored.

The emergence of resistance in anti-fungal drugs