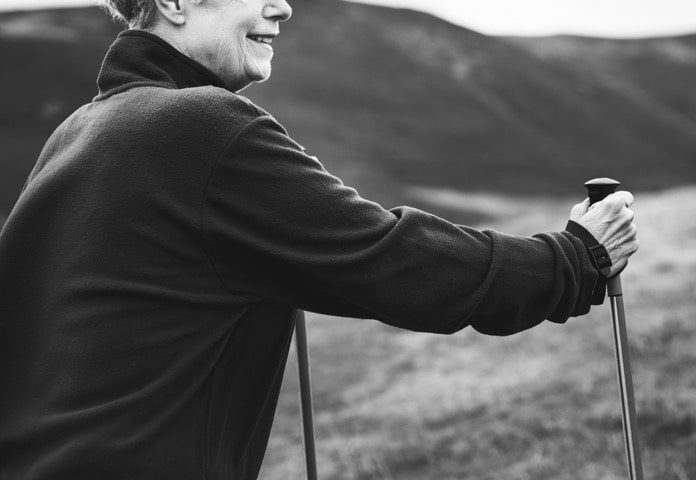 Many older individuals are at an increased risk of increase of sustaining a fracture due to a progressive worsening of bone strength with age (fragility fractures). A clinical way of determining bone strength is the evaluation of bone mineral density (BMD). Bone mineral density is usually measured by a method called dual-energy ray absorptiometry (DEXA).

There are other prediction methods—such as fracture risk assessment tool (FRAX)—that are frequently employed to assess the risk of fractures in older individuals. However, due to a widespread increase in the incidence of osteoporosis and accompanying bone loss among older individuals, it becomes very difficult to accurately predict the risk of fractures with increasing age with these methods.

A recent study conducted by researchers from Beth Israel Deaconess Medical Center (BIDMC) and the Institute for Aging Research at Hebrew SeniorLife have conducted a large study assessing non-BMD factors that that promise to predict fracture risk.

Bone tissue has a complex architecture

A typical bone is made up of two different types of architecture – cortical bone and trabecular bone. Trabecular bone (spongy bone) is present in the central cavity of the bone and is basically a meshwork of bony spicules that resembles a hardened fishnet structure.

Studies in lower animals have shown that changes in micro-architecture (changes in the number of spicules, the distance between spicules, etc.) within this bone meshwork can be used to predicts abnormalities in bone. However, worldwide clinical acceptance of these criteria for predicting a bone loss and pathology is debated for humans.

Until recently, bone marrow density was considered to be the gold standard for evaluation of fracture risk among older individuals. However, a study published in the journal The Lancet Diabetes and Endocrinology suggests that the ability to predict the risk of fracture in older individuals is also possible by examining the overall architecture of the trabecular bone as well.

The study enrolled more than 7000 individuals out of which 11% of patients had existing fractures. The patients came from U.S, France, Canada, Switzerland, and Sweden was followed approximately four and half years post-enrollment and density for both types of bone architecture was measured.

The study suggested that measurements of these parameters could aid in a more precise prediction of bone fracture risk independently of bone mineral density. Another critical parameter that was found to be an important predictor for fracture risk was failure load, which measures the minimum stress that under which the bone is likely to fracture. Similarly, trabecular number – which is the number of boney spicules present within the central region, was found to aid in the prediction of fracture risk.

Since the present study focused on the femoral neck region, the authors suggested that these studies need to be confirmed for other sites within the body.