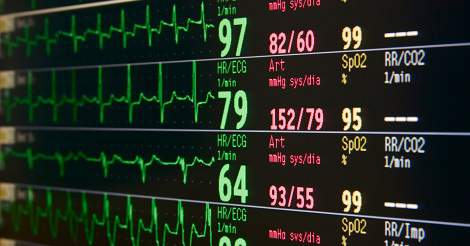 In a new clinical study, injection of viral vectors into the heart to treat heart failure was shown not to be associated with adverse events. An increased ejection fraction compared to the baseline was monitored 4 weeks after the injection, however, there was no significant change compared to a control group.

Affecting more than 28 millions of people worldwide, heart failure is associated high morbidity and mortality. Indeed, about half of the people who developed heart failure will die within 5 years of diagnosis.This condition is most frequently acquired following a heart attack (myocardial infarction) and cannot be cured. Patients with reduced left ventricular ejection fraction have a reduced volume of blood ejected from the left ventricle of the heart at each contraction and are associated with the worst prognosis. The measure of the ejection fraction is therefore an important marker of the severity of the condition.

The journal JAMA Cardiology published the results from an American clinical trial on a new therapeutic option to treat heart failure using viral vector-based gene therapy. This approach aims at restoring or increasing the level of a specific protein into the cells by delivering the gene for that protein using engineered viruses. In this study, they increased the level of adenylyl cyclase type 6, a protein implicated in heart function that is known to be reduced in the failing heart. Injection of the viral vector into the coronary artery allowed for a specific delivery to the myocardial tissue.

The first finding was that the therapy was safe and did not cause adverse events. Within one year, 4 out of the 42 patients treated with viruses had to be admitted to the hospital while in the placebo group, 4 out of the 14 patients had to do so.

Their second finding was that, at 4 weeks, the ejection fraction (EF) of patients that received the highest dose of the virus was increased in comparison to the baseline EF. The placebo group showed a non-significant increased at the same time point, however, the difference between the two groups was not significant. At 12 weeks, the EF was non-significantly increased compared to the baseline. They observed no differences at any time points in terms of exercise duration. Therefore, the beneficial effect of the viral delivery seems to be little and transient.

In conclusion, this study demonstrated, on a small group of patients (56), that intracoronary injection of viral particles delivering adenylyl cyclase type 6 into the myocardium is a safe therapeutic approach to treat heart failure. However, their efficacy results were not convincing, with a little increase in ejection fraction that was higher but comparable to the placebo. Gene therapies are certainly a promising approach to treat a multitude of conditions including heart failure. However, refining the experimental protocol will be necessary to have a real beneficial effect on patients.