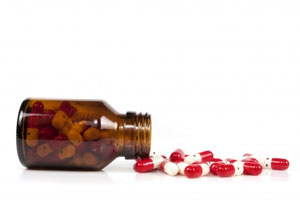 Antibiotic resistance has become a major public health concern. A new class of antibiotics, teixobactin, has been identified using a novel method of isolating and growing bacteria. This method is promising for the future development of antibiotics.

The current study was able to develop a system in which a previously untapped pool of microorganisms were able to be isolated and then grown in their own environment, thereby allowing the identification of new antibiotics. The method developed was a multichannel device called the ‘iChip’. This device allowed the researchers to isolate a single bacterial cell within each channel of the iChip, which is then placed back into the soil, allowing the bacteria to grow within its own environment, rather than on a petri dish in the laboratory. Using this method, the authors of the study report the identification of teixobactin, the first member of a new class of lipid II binding antibiotics, which acts to block the development of bacterial cell walls.

When the researchers tested teixobactin in the laboratory, they found that it was effective at killing Gram-positive bacteria, including the antibiotic resistant strains. They also demonstrated that teixobactin had no toxicity against mammalian cells. Additionally, the researchers were not able to grow teixobactin-resistant bacteria, suggesting that this class of antibiotics has the potential to avoid the development of resistance. The researchers then tested the new antibiotic in mice that they had infected with methicillin-resistant S. aureus (MRSA), at doses that cause death in 90% of animals. They reported that the mice treated with teixobactin survived.

This ground-breaking research has opened a new avenue for the identification of greatly needed antibiotic compounds. In this study, teixobactin was shown to be effective against drug-resistant bacteria in mouse models of infection.

Image courtesy of posterize at FreeDigitalPhotos.net