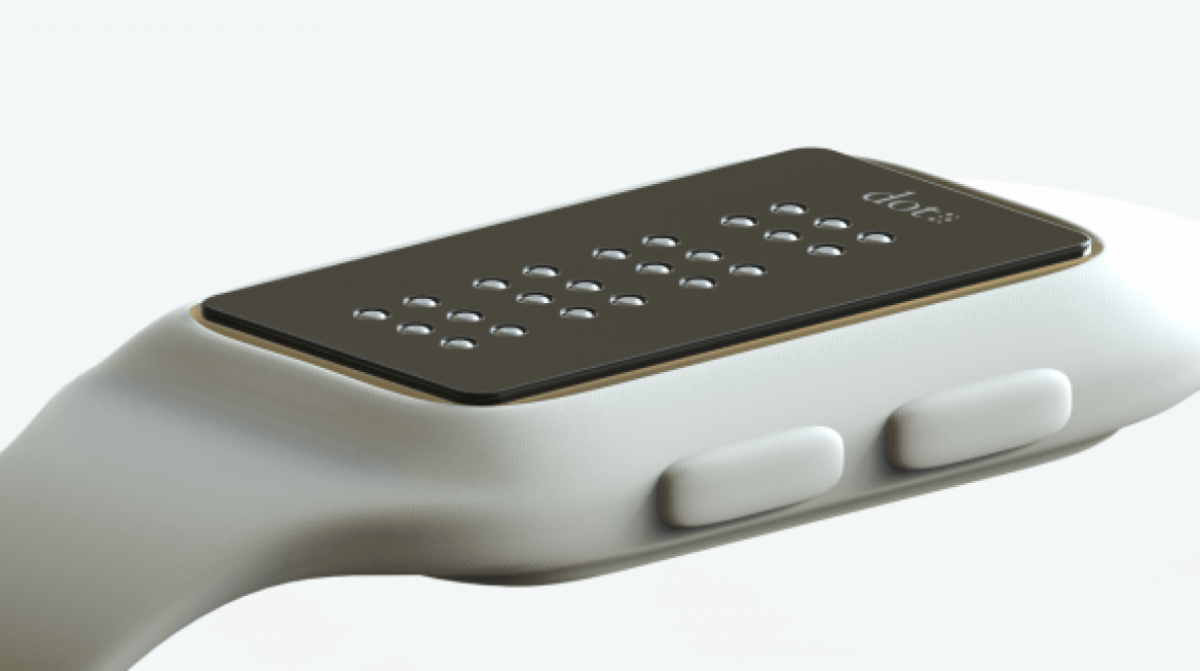 A new Braille smartwatch is being developed to enhance the lives of the blind and visually impaired, allowing access to the latest in technology.

A new South Korean company, Dot, is developing an active Braille smartwatch. The company aims to produce the smartwatch as a low-cost tool to enhance education and communication for the blind and visually impaired.

The Dot smartwatch is similar to other wearable devices currently on the market, however, it contains six active dots on the screen. These six dots can make up four Braille characters at a time on the display. The display can be adjusted to change characters at varying speeds, adjusting for the wearer’s Braille-reading ability.

The Dot Braille smart watch can be linked to any Bluetooth device, giving the wearer the possibility to read text from various sources, such as text messages. With a battery life of approximately 10 hours, Dot will open a new world of possibility for the blind and visually impaired, allowing them access to the latest technological advancements. Currently there is no competition to Dot, and the company plans to market the Braille smart watch in the US and Canada first, at a cost of under US$300.

In the future, Dot plans to also develop a tablet device that will allow educational apps to be used in an effort to increase Braille education among the blind and visually impaired. The tablet will be able to display multiple lines of text, in addition to graphs and shapes.

Tech in Asia “This Korean startup is making wearables for the blind, but its ambition is much bigger” Available from: https://www.techinasia.com/dot-braille-smartwatch/ Last Accessed: Aug 7, 2015.