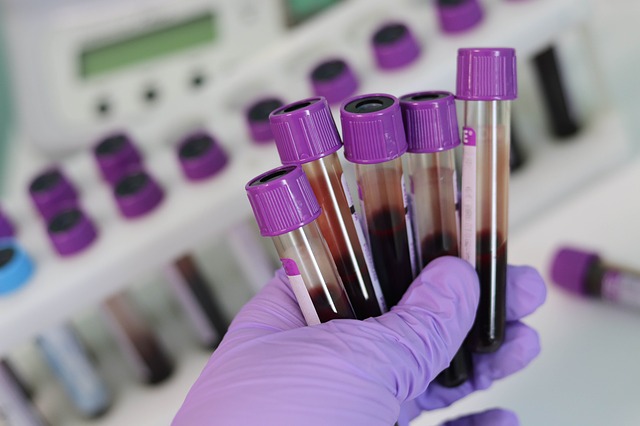 A large US study in trauma patients evaluated a new blood test for concussion in the diagnosis of brain injuries.

A concussion is a type of brain injury that temporarily affects brain function. It is usually caused by a direct blow to the head, but can also occur following whiplash injuries, which cause the brain to be jolted around in the skull. Symptoms of a concussion include headache, dizziness, memory loss, confusion, nausea, vomiting, blurred vision, unusual behavior, drowsiness, or loss of consciousness. Emergency room staff routinely assess trauma patients for concussion, but some patients may have a brain injury without any outward signs or symptoms. This is described as “subconcussive” trauma. It is important to identify these patients because they need careful follow-up, as further head injuries could lead to brain damage.

Some patients with brain injury have no outward signs of concussion

The brain proteins GFAP and UCH-L1 are released into the blood following brain injury. A blood test to detect these proteins could help medical staff to identify patients with concussive and subconcussive brain injury. In a large US study in trauma patients, researchers evaluated the ability of blood tests for GFAP and UCH-L1 to identify patients with concussive and subconcussive trauma. This will help them develop a reliable new blood test for concussion. They recently reported their findings in BMJ Paediatrics Open.

At three US trauma centers, researchers enrolled over 700 adult and paediatric patients from  three different injury groups: those with head trauma and concussion, those with head trauma but no signs of concussion (non-concussive, head trauma controls), those with body trauma but no head trauma or concussion (non-concussive, body trauma controls). Repeated blood tests for GFAP and UCH-L1 were taken every four hours for the first 24 hours following injury, and then every 12 hours until 180 hours post-injury. The researchers analyzed over 1,900 blood samples and compared the changing levels of GFAP and UCH-L1 in the three groups.

“A unique feature of this study is that it includes patients who hit their heads but have no symptoms,” said Dr. Linda Papa, the lead author of the study “This group is rarely, if ever, included in biomarker studies.” Work is ongoing to develop a device that could be used in the emergency room or at accident scenes to detect subconcussive brain injuries. Dr. Papa hopes that such technology will be available within a few years.

Image by Belova59 from Pixabay