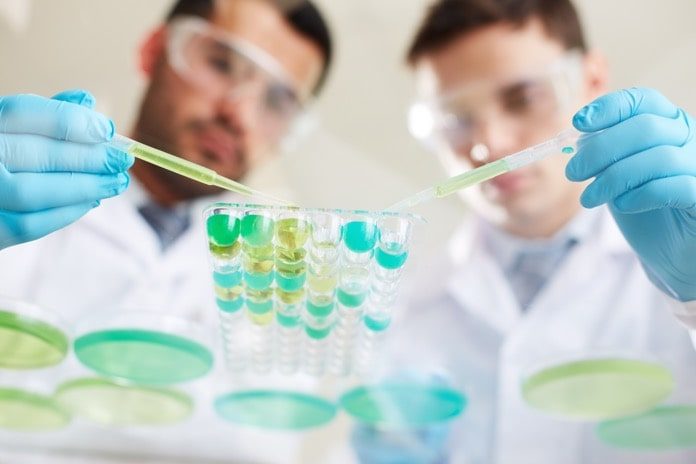 Bacteria are all around us—in the air, on objects, and both inside and on the surfaces of the human body. They are so small that hundred thousands of them could fit on of a hair. Bacteria are usually harmless, but some of them can in people who consumed contaminated food and in those with open are exposed to dirty water.

Bacterial infection is an important public health problem, resulting in a range of diseases and levels of resistance. For example, there are about 1.3 million tuberculosis-related deaths worldwide caused by tuberculosis bacteria every year. At the same time, Salmonella, Escherichia coli, and Listeria are the leading causes of illness and death in the United States due to bacterial pathogens transmitted commonly through food.

While these infectious diseases are highly treatable at an early stage, the current methods of diagnosing infections and performing antibiotic susceptibility are expensive, time-consuming, and . Typically, it takes about two to five days to obtain accurate and reliable diagnosis results. The delays in diagnosis and treatment may result in higher mortality and morbidity due to prolonged disease and the development of complications, as as increased risk of further transmission of infection.

In a recent study published in Nature Scientific Reports, a group of researchers from Canada has utilized the lab-on-a-chip microfluidic technology to develop a biosensor for speedy detection of pathogenic bacteria. The microfluidic chip, made of soft lithography, was injected with bacterial samples and incorporated with a microwave microstrip ring resonator. By sending a microwave signal through the sample, the device is capable of analyzing and then generating a profile of existing bacteria quickly and accurately.

Having tested the device on various situations of Escherichia coli bacteria, the researchers demonstrated that near-immediate responses can be achieved for detecting bacteria concentration at various pH values. The device also enabled direct observation and enumeration of bacteria. This could benefit clinical microbiology laboratories by automating the workflow of antibiotic susceptibility and increasing the capabilities for the diagnosis and handling of bacterial infections.

This study opens new doors to reshape the future diagnosis of pathogenic bacteria. Further experiments are needed to assess the feasibility of rapid diagnosis and management of different infections.