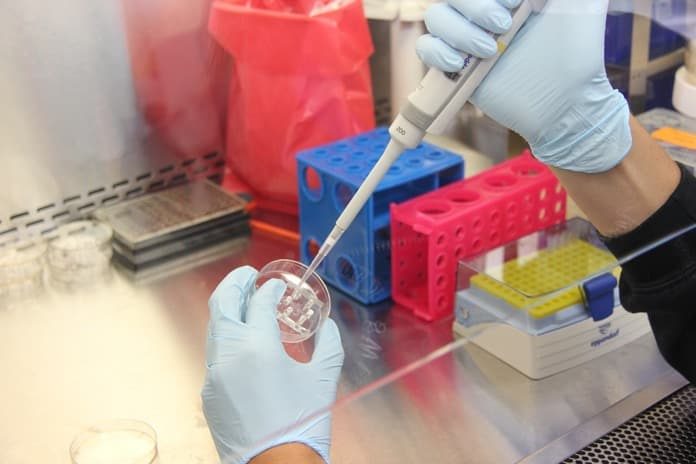 A recent study by researchers in the United States has found a potential new arthritis treatment which prevents cartilage breakdown.

Affecting over 30 million people in the United States, osteoarthritis is the most common form of arthritis. It is a long-term chronic disease characterised by the deterioration of cartilage in joints typically associated with aging or occurring after a traumatic injury. Osteoarthritis is a debilitating disease which causes severe joint pain, especially in the joints of knees, hands, feet and spine. However, currently, there is no arthritis treatment that can slow down or reverse the deterioration of cartilage associated with causing the disease.

Cartilage is a smooth connective tissue which protects joints. Replacing cartilage is not easily done once it is damaged. Some treatments currently available for people with osteoarthritis help only with alleviating the pain caused by the disease but do not help prevent it.

In a bid to develop potential new osteoarthritis treatments, engineers at the Massachusetts Institute of Technology (MIT) in the United States developed a new material that can deliver drugs directly to cartilage. The drugs could in turn, potentially help heal damaged tissue. To test whether the new material was effective in delivering the drugs directly and deep into the cartilage, the researchers conducted a study on rats. Their results were recently published in Science Translational Medicine.

The study compared whether delivering insulin-like growth factor 1 (IGF-1) using the new material they developed was more effective in preventing cartilage breakdown in knee joints of rats compared to directly injecting the drug on its own into the joint. Previous research has shown cartilage in animals can be regenerated with IGF-1 as it promotes cell growth and prevents cell death. IGF-1 has been shown to stimulate cells to produce the building blocks of cartilage and other connective tissue, making it an ideal candidate to help treat osteoarthritis.

However, the researchers noted that many promising arthritis treatments performed well in animal studies but not clinical trials in humans. They suggested this could be due to the drugs being cleared from the joint before they could get deep enough into the cartilage.

To overcome this, MIT engineers developed nanoparticles which could penetrate and deliver IGF-1 deep into the cartilage. They developed a sphere-shaped molecule with branched structures on it. At the tip of each branch is a positive charge which helps the molecules to bind to bind to cartilage which is negatively charged. The molecules also have IGF-1 molecules attached to the surface.

The nanoparticles coat the surface of cartilage and diffuse into it when injected directly into the joint. Due to the positive charge, they can bind temporarily to cartilage, preventing them from being washed away. The researchers found an optimal charge on the molecules which stops them from being stuck on the surface and enables them to bind and unbind to diffuse deeper into cartilage.

Nanoparticles allowed treatment to have therapeutic effects for 30 days

The results showed that when the nanoparticles with IGF-1 attached were injected into the rat’s knee joints the material lasted ten times longer than when IGF-1 was injected on its own. The results also showed the concentration of IGF-1 remained high enough to have a therapeutic effect for approximately 30 days.

The researchers also found rats treated with the combination of the nanoparticle and drug (IGF-1) had less damaged cartilage in injured joints compared to joints left untreated or only received the drug on its own. A reduction in joint inflammation was also observed.

A main difference between rats and humans is the thickness of cartilage. In rat joints, cartilage is roughly 0.1 millimeters thick, compared to one millimeter in a human joint. However, the researchers showed the particles can penetrate cartilage as thick as that found in human joints. This is essential to the success of this arthritis treatment being translated into humans one day.

These findings offer a promising potential new arthritis treatment for humans who have suffered a traumatic injury. Joint injections given once a month or every two weeks (dosage advised by the researchers) could greatly improve joint damage. The researchers believe it could be adapted to also treat age-related osteoarthritis. The next steps would be to explore delivering different types of drugs using the nanoparticle to investigate the effectiveness they have on preventing and regenerating cartilage for both age- and injury-related osteoarthritis. 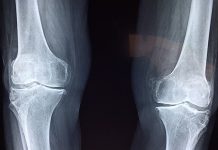 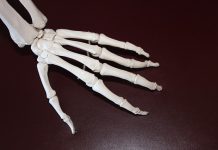