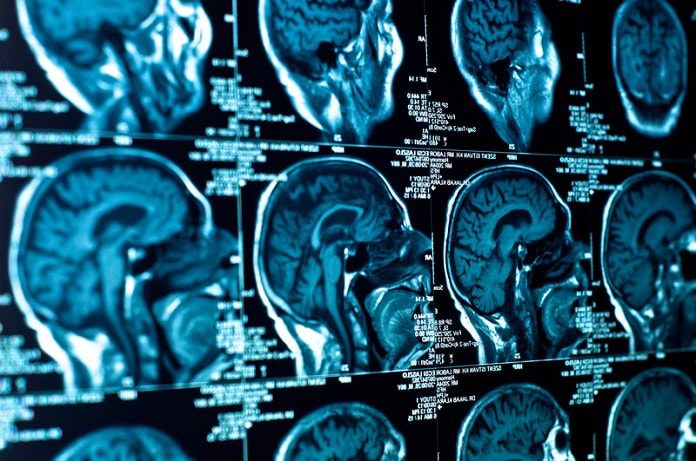 Psychopathy is a mental health disorder characterized by antisocial behavior, impulsivity, and diminished ability to express emotions such as empathy, shame, and guilt. A recent study found differences in prefrontal cortex structure and function among prison inmates with high levels of impulsive-antisocial traits.

Psychopathy has serious societal consequences, as it has been associated with high rates of substance abuse, violent crime, and recidivism. In fact, studies have shown that psychopathy affects about a quarter of adult prison inmates. Efforts to prevent and treat psychopathy require an understanding of the psychological and neurobiological mechanisms underlying the disorder.

Many studies have been conducted to identify and describe brain abnormalities in psychopathic individuals. In general, these studies have shown that the structure and function of the prefrontal cortex are impaired. Subregions of the prefrontal cortex are responsible for functions including decision-making, behavioral control, planning, and appropriate expression of emotion, which are often impaired in psychopathic individuals. Despite this knowledge, studies have shown mixed findings when researchers attempt to quantify deficits in structure and function, particularly when they attempt to link abnormalities in subregions with specific psychopathic traits.

To address this gap in the literature, researchers conducted a neuroimaging study to assess prefrontal cortex structure and function in a sample of 124 adult male prison inmates with varying levels of psychopathy severity. Their study was published in the journal Social Cognitive and Affective Neuroscience. The inmates were housed in a medium security correctional facility in Wisconsin; to participate, they had to be less than 55 years of age with an IQ greater than 70, with no history of psychosis, bipolar disorder, or head injury, and no current use of psychotropic medications.

The volume of grey matter in frontal lobe subregions was used as a measure of brain structure, as psychopathy has been associated with reduced brain volume. Next, they explored the link between volume and the nature and severity of psychopathic traits. To assess function, they measured resting state functional connectivity (RSFC), which indicates the degree of interconnectivity or communication between subregions of the prefrontal cortex. While some studies have investigated RSFC in psychopathic individuals, they have reported mixed findings, with some researchers reporting deficits in interconnectivity and others reporting increased connectivity between subregions. The researchers also assessed the relationship between volume and functional connectivity in those with high levels of psychopathic symptoms.

Magnetic resonance imaging (MRI) was used to measure brain volume and RSFC.  The Psychopathology Checklist-Revised (PCL-R) was used to measure the nature and severity of psychopathic traits. The measure yields a total score, which indicates the overall severity of psychopathy, and two additional scales, one of which measures the severity of interpersonal-affective traits, and another, which provides an impulsive-antisocial trait severity score. Based on PCL-R total scores, 35 inmates were classified as non-psychopathic, 48 had intermediate psychopathy, and 41 were classified as psychopathic.

Overall, the researchers found that individuals with more severe psychopathy overall and higher impulsive-antisocial scores had greater brain volume in subregions of the prefrontal cortex. In brain regions where volume was related to psychopathy severity, the researchers also assessed the relationship between severity and RSFC; higher impulsive-antisocial scores were associated with greater RSFC between prefrontal subregions. There were no associations between interpersonal-affective trait scores and volume.

The results corroborate the findings of a few other studies, which have shown greater prefrontal volume in psychopathic individuals compared to those without psychopathy; however, the majority of studies report decreased grey matter in prefrontal subregions in psychopathic individuals. Associations with structure and function may vary based on type and severity of psychopathic symptoms measured in these studies, which could explain the differences. Impulsive-antisocial psychopaths may show differences in structure and function, compared to those with high levels of interpersonal-affective symptoms. Impulsive-antisocial traits are also associated with a number of other psychiatric disorders (e.g., antisocial personality disorder), which may show different neurobiological profiles.

The findings may reflect abnormal brain development in psychopathic individuals as grey matter in some prefrontal cortex subregions actually starts to decrease as early as adolescence and young adulthood. Psychopathic individuals with greater volume and RSFC may exert extra effort to engage these regions of the brain, in attempts to maintain socially appropriate behavior. Future research is needed to explore the relationship between volume and RSFC as these measures of prefrontal cortex structure and function may be naturally linked. Future studies should also investigate the relationship of structure and function to other psychopathic traits, including non-incarcerated individuals as a comparison group.