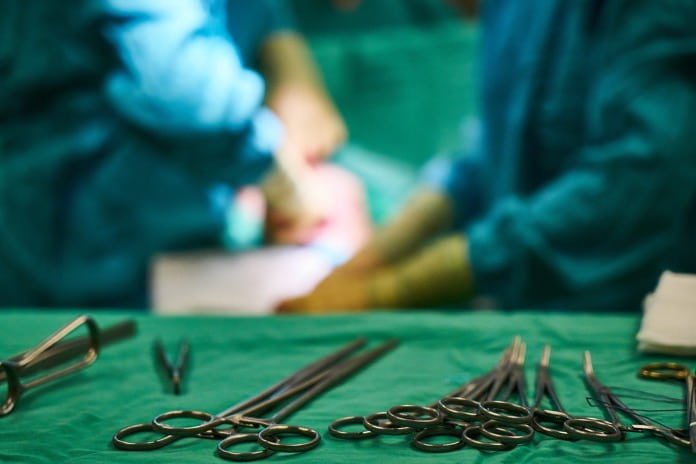 A surgical team from Utrecht, Netherlands recently tested a new endoscopic nerve decompression surgery on those with chronic headache symptoms.

A chronic headache can be debilitating and frustrating. Many treatments aim to ease the symptoms of headache, including pain, nausea and light sensitivity, without actually addressing the underlying cause. As a result, patients can remain on medications for many years.

A surgical team from the Netherlands designed a study to test a new technique for treating chronic headache in sufferers in which the underlying cause is from nerve compression. The findings of their study of 22 patients are reported in JAMA Facial Plastic Surgery.

The concept that some chronic headache symptoms are the result of compression of two nerves at the front of the head arose by chance observations. Patients undergoing cosmetic surgery for an eyebrow lift reported improvements in previously experienced headache symptoms. Investigations into this improvement ultimately led to a surgical procedure being developed with the aim of specifically decompressing nerves.

The two nerves in question, the supraorbital nerve and supratrochlear nerve, are nerves that report feelings of sensations on the forehead and nearby areas back to the brain. The two nerves both exit the skull and take a route close to the bone to reach their destinations.

Whilst running close to the bone, the nerves can be compressed by the surrounding anatomy, including muscle, and the lining of bone called periosteum. The periosteum, which is a relatively tough tissue, can form little attachments with other nearby tissue to compress the nerve further.

Surgeons believe that because nerve compression can cause symptoms of headache, releasing the compression caused by the muscle and periosteum will treat the cause of the headache.

Selecting patients for the surgery

Since the causes and severities of a chronic headache vary, the surgical team involved in the study designed the trial so that only patients proven to have chronic headache symptoms from nerve compression were included. The steps taken to prove this included blocking the sensation of the nerve with a local anesthetic agent, and by injecting botox into the surrounding muscle. If both these procedures improved the headache, they operated on the patients.

Patients filled out a questionnaire on headache symptoms before the surgery and at periods afterwards, up until 12 months after the procedure. The surgery involved a general anesthesia and placement of an endoscope (a small camera on the end of an instrument) and a small instrument under the skin just below the hairline of the forehead. The researchers compared the severity of the symptoms before surgery, with those following oral medications, following the botox injection and following the surgery.

Decompression surgery improved headache symptoms in 90% of the patients

The results showed that surgical treatment improved headache symptoms by half in 90% of the patients for up to 12 months, and completely eliminated symptoms in 73% of patients. Significant long-lasting improvements were also seen following botox injections into the surrounding muscle but to a lesser degree.

The researchers discuss that the reasons for an improvement following botox injection into the muscles are not clear. They consider it likely to be from a change in the signalling pathways involved in pain.

A major limitation in interpreting the results of this study is that the numbers of patients enrolled is low. Additionally, the surgery was only carried out by one surgeon, which decreases the generalizability of the results. However, the authors conclude that the results show that nerve decompression surgery can provide a long-term solution for sufferers for a specific type of chronic headache.