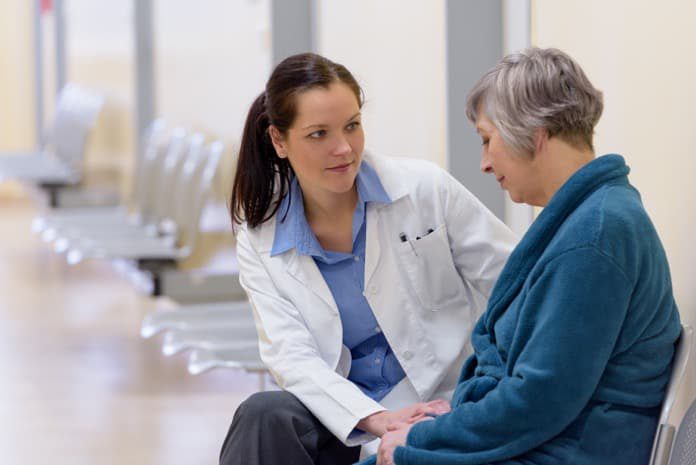 A 2017 study investigated the effects of the increased adoption of neoadjuvant chemotherapy in patients with advanced ovarian cancer.

Ovarian cancer is the fourth leading cause of cancer deaths among American women, demonstrating how aggressive it might be. Unfortunately, most cases are diagnosed in the advanced stages because there are no reliable early symptoms or screening tests. Of the four types of ovarian cancer, epithelial ovarian cancer is the most common. According to the current American guidelines for cancer treatment, only advanced ovarian cancer patients who are not eligible for primary surgery because of unacceptable surgical risk are entitled to undergo neoadjuvant chemotherapy (NACT).

What is Neoadjuvant Chemotherapy?

In 2017, American researchers published a study in The British Medical Journal where they analyzed data from the National Cancer Database. They compiled information from more than 1,500 hospitals in the United States. Their main goal was to verify whether the increased use of neoadjuvant chemotherapy could reduce mortality rates for patients within three years of their tumor diagnosis.

For this study, they gathered data from women who had undergone treatment for advanced ovarian cancer (stages 3C and 4) between 2011 and 2012 in five different census divisions of the country: New England and East South Central, which were the two divisions where neoadjuvant chemotherapy adoption abruptly increased between 2011 and 2012; and South Atlantic, East North Central, and West North Central, which were control regions where the use of neoadjuvant chemotherapy showed little to no increase in the same period.

A total of 1,157 women were treated for advanced ovarian cancer in 2011 and 2012 in the two regions that rapidly adopted neoadjuvant chemotherapy, and 4,878 patients were treated in the same period in the control regions. Those patients treated in 2012 in New England and East South Central (where NACT became more common) showed a decreased risk of mortality due to all causes. On the other hand, in the three control regions, those treated in 2012 had a similar risk of death as patients treated in previous years. In general, the mortality reduction seen in New England and East South Central divisions was significantly larger than that of control regions, which remained almost unchanged.

Most importantly, the percentage of women who died within 30 days of tumor extraction surgery went from 3.1% to 1.8% between 2011 and 2012 in the New England and East South Central divisions, compared with 1.9% and 2.2% in control regions. Also, the 90-day post-operation mortality went from 7% to 4.4% in the regions where neoadjuvant chemotherapy was adopted compared with a reduction of only 5% to 4.3% in the control regions. Finally, it was observed that two of the three control regions increased their utilization of neoadjuvant chemotherapy in 2013, which was later associated with a survival benefit.

However, the authors note that the data were extracted from the National Cancer Database, which covers only 70% of patients with cancer in the USA. Because of this, they acknowledge that their results might not be representative of the remaining 30% of patients with advanced ovarian cancer whose data were not available for analysis.

Neoadjuvant Therapy is Not for Everyone

(1) Melamed A, Fink G, Wright A A, Keating N L, Gockley A A, del Carmen M G, Schorge J O, Rauh-Hain J A. Effect of adoption of neoadjuvant chemotherapy for advanced ovarian cancer on all cause mortality: quasi-experimental study. The BMJ 2018; 360: 1-8.
(2) Green, A. (2016, January 28). Ovarian Cancer (Cancer of the Ovaries). Retrieved from https://www.medicinenet.com/ovarian_cancer/article.htm#ovarian_cancer_facts
(3) Neoadjuvant Chemotherapy. Retrieved from http://chemoth.com/neoadjuvant-chemotherapy