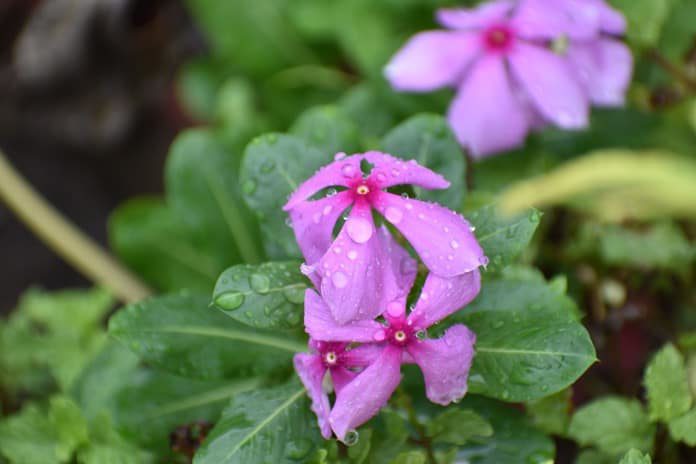 There are several medicines derived from plants that are extremely effective such as the antimalarial drug quinine and many common chemotherapy drugs such as vinblastine. Nevertheless, there are currently no natural antibiotics that have been discovered.

There are examples in nature of certain insects harbouring bacteria in their intestines that are resistant to antibiotics. Since insects eat plants primarily, researchers have wondered whether this phenomenon is widespread enough to lead to potentially new natural antibiotics derived from plants.

Researchers from the Norwich Research Park’s Department of Biological Chemistry in England hypothesized that the intestinal bacteria of insects were becoming resistant to the antibiotics found in the plants they eat. In their study published in the BMC Microbiology, they aimed to explore the idea of a widespread phenomenon of antibiotic resistance in six natural insect/plant pairs. They selected six plants with anecdotally known antibacterial activity and paired them to the insects that consume them as a major food source. As a supplement to their primary objective, the researchers also aimed to extract the component of the plants exhibiting antibiotic activity, which could open the door to discovering natural antibiotics from plants.

What Did the Bacteria Show?

In most cases, the bacteria found in the guts of the selected insects were not more resistant to antibiotics than their strain type. Surprisingly, some of the strain types that were used as control bacteria were shown to be more resistant to certain antibiotics. This contradicts the original hypothesis that intestinal bacteria from insects feasting on the selected plants would either show no differences or have a higher resistance to antibiotics than the control bacteria.  One explanation for this phenomenon is the possible inadvertent exposure to antibiotics in clinical isolates grown in hospital settings. The data, therefore, suggest that the comparison of antibiotic resistance in gut bacteria compared with type strains is not a reliable indication of antibacterial activity in food.

Of the plant extracts that were included in the study due to their already known antibacterial activity, Madagascar periwinkle showed the most potential for antibacterial properties. In fact, the researchers were able to extract compounds with antibacterial activity from both the leaf and the root and further investigation allowed for the quantification of their antibiotic activity. These compounds are potentially interesting candidates for further testing. Additionally, despite a low level of antibiotic resistance in the insects feasting on ragwort, this plant showed high levels of antibiotic activity and also warrants further investigation.

The results of this study showed that the interplay between the bacterial strains in the insect gut is quite complex. The study also showed antibacterial activity in almost all plant extracts investigated, but had difficulty in identifying which would have clinical medicinal properties. Two plant extracts have been identified for further investigation for the development of natural antibiotics. Unfortunately, using gut bacteria from insects may not be the most reliable approach to discovering antibacterial activity in plants and a new method must be implemented in future studies. This study has suggested that natural antibiotics found in plants may be a realistic possibility in the future.

Can we create an RNA therapy to treat disease?