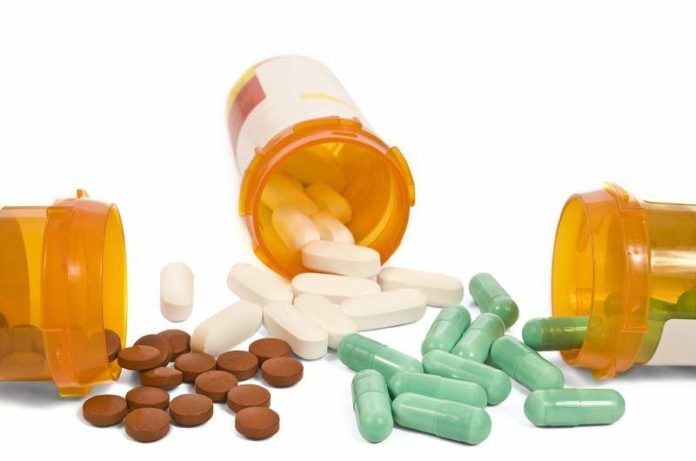 Based on the findings of a recently published article in the Journal of American Medical Association Internal Medicine, there is a significant increase in the rate of polypharmacy in geriatric patients, especially in those with a pain diagnosis.

Polypharmacy is prescription, administration or use of five or more medications at the same time. Polypharmacy, especially in geriatric patients, has several adverse outcomes – some of them being adverse drug reactions, noncompliance, and drug interactions.

Studies have shown that compliance with 1 medication is 80%, but drops to 25% with ≥6 medications. On the other hand, when the number of medications increases, there is a higher risk of inappropriate medical consideration and drug interactions.

Adverse drug reactions in the elderly population might be the result of intrinsic or extrinsic factors because in aged populations, there is a significant decrease in body metabolism; this results in a decreased speed of medication breakdown. By adding polypharmacy as an extrinsic factor, these adverse reactions make the situation even worse.

The Beer’s criteria was originally designed as a guide for prescription of medications in the geriatric population and contains a list of medications to avoid in patients over 65 years; this list is being updated continuously.

Opioids have recently been classified as cautious medications in geriatric patients in Beer’s criteria. If prescribed inappropriately, opioids can cause serious adverse events and even death.

A recent article in the Journal of American Medical Association Internal Medicine has studied the trends of drug prescription targeting the central nervous system (CNS) of older US adults.

This study used data from the National Ambulatory Medical Care Survey database from 2004 through 2013. The study focused on patients who were 65 years of age and older. Visits were considered as a polypharmacy visit if there were three or more of these medications included in a patient’s list of initiated or continued medications: benzodiazepines, antipsychotics, nonbenzodiazepine benzodiazepine receptor agonists, tricyclic antidepressants, selective serotonin reuptake inhibitors, and opioids.

Based on the results, between 2004 and 2013 the annual number of CNS polypharmacy visits by patients aged 65 or older have increased from 1.05 million to 3.68 million; this means there was a rise from 0.6% to 1.4%. Statistics have shown that most of this increase was among rural areas and the female gender. Polypharmacy has mostly increased with a pain diagnosis.

Authors have concluded that in the time period of 2004 to 2013, the rate of polypharmacy has more than doubled. This significant increase in polypharmacy has mostly occurred in patients with a pain diagnosis and a prescription of opioids.