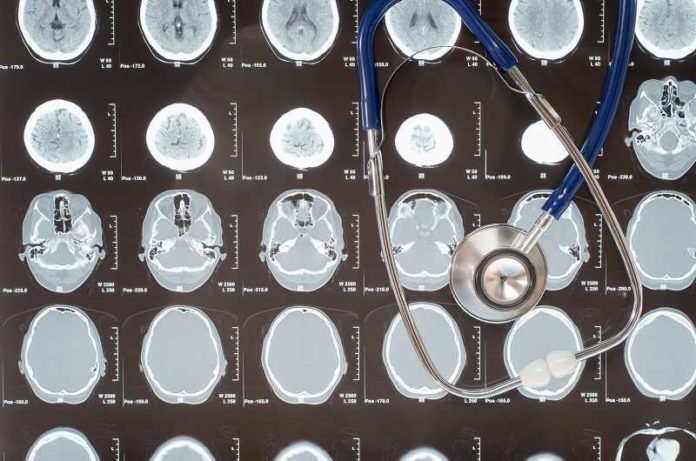 A new study has determined that presence of diffuse (unlocalized) white matter signal abnormalities may indicate the presence of HIV replication in the brain.

Human immunodeficiency virus (HIV) can replicate in spaces other than the blood vessels. In the central nervous system (CNS) the virus can replicate and produce an effect of CNF discordance or CND escape. CSF discordance is the presence of HIV1-viral load (VL) in cerebrospinal fluid (CSF) in an amount which is 0.5 log10 times greater than the VL in plasma. CSF escape is the presence of detectable CSF VL in the absence of peripheral VL. If untreated, HIV contamination of the CNS supposedly increases risk of neurological syndromes and neurocognitive impairment including dementia. Normally, HIV is detected by determining the VL and levels of CD4 T cells (immune cells which that decrease in the presence of an HIV infection), and is treated by antiretroviral therapy (ART). However, a new study has determined that white matter (bundles of neurons in the brain responsible for communication between its parts) may be impacted by HIV and can serve as an indication of CSF escape in the presence of HIV.

A study, published in Clinical Infectious Diseases, discusses the relationship of certain clinical findings between CNS contamination and neurological symptoms in an HIV-affected population. In a single-center retrospective study, 146 adults living with HIV between the years 2011 to 29015 were included. Their demographic and laboratory characteristics, including age, sex, plasma and CSF HIV VL, CD4 T cell count, brain MRI and ART regimen, were calculated. A lumbar puncture (LP) was performed and a plasma HIV viral load (VL) was obtained within 30 days of LP. Researchers performed MRI scan and MRI findings were categorized into diffuse white matter signal abnormalities (DWMSA), focal white matter abnormalities (FWMA), volume loss, and other abnormalities. DWMSA was further subdivided into subtle and definite changes.

Anti-retroviral therapy (ART) diffusion into the CNS was evaluated using clinical penetration effectiveness (CPE) score. However, no link was found between a low CPE score and HIV CNS discordance. 15% of patients undergoing LP were found to have CSF/ plasma VL discordance and 6% had CNF escape. Another revolutionary finding was that DWMSA was considerably associated with CSF/ plasma VL discordance, and CSF escape. CD4 counts, at the time of LP, were found to be normal in those with CSF escape, suggesting that a normal CD4 count does not eliminate possibility of CNS escape.

The study, however, did not take into account the patient compliance to ART regimen. Even though the type of CNS disruption (discordance vs escape) was unknown to the neuroradiologist at the time of MRI, the reason for MRI was not hidden which could have led to overlooking of minor findings. This, however, would not account for a major impact on the results.

In conclusion, researchers suggest that detection of DWMSA on an MRI scan may indicate the presence of HIV in the CSF and CSF escape/discordance.