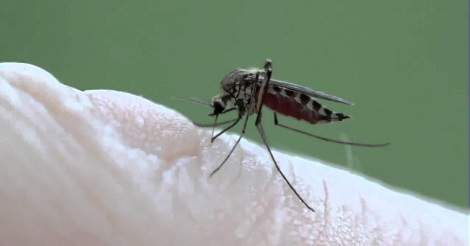 A new European study has shown that Mosquito saliva can help spread mosquito-borne viruses such as Zika and dengue and turn normally unharmful infections into more deadly ones. Infected saliva attracts immune cells to the bite site, which may help the mosquito-borne virus establish an infection quicker and spread to the rest of the body, increasing the likelihood of a severe illness.

When mosquitoes bite, they inject into our blood system a very tiny amount of their saliva (smaller than a microliter) that is comprised of a mix of powerful molecules that numb the pain from the bite and prevent the blood from clotting. Previous animal experiments have shown that any pathogens present in the saliva seem to also benefit: mice developed more severe infections when injected with a virus by a mosquito compared to a researcher using a needle, but until now, it has been uncertain why this occurs.

A research team in the United Kingdom set out to uncover the answer by conducting a study where they infected mice with a specific strain of virus. The researchers injected mice with a rather harmless strain of the Semliki Forest virus, which is a near relative of the mosquito-borne viruses —Zika, chikungunya and dengue — with and without the saliva of Aedes aegypti mosquitoes.

The study, published in the journal Immunity, showed that when the virus was injected into the mice’s skin by hand, all of the mice survived and none of them got very sick. However, when introduced into a mosquito bite on the skin, the virus spread quicker and more easily to other parts of the body, with four of eleven mice dying from the infection. Essentially, the saliva of the mosquitoes was able to transform a normally harmless strain of Semliki Forest virus into a deadly infection that wiped out many of the mice.

One speculation as to why mosquito saliva is so much more powerful in transmitting a virus throughout the body is that certain compounds in the saliva suppresses the body’s natural immune response, but this research found that this was not the case. Alternatively, infected saliva causes inflammation, in essence a signal that the body’s natural defences have been infringed, attracting the body’s immune cells to the bitten area, which eventually helps the virus multiply and quickly spread in the body. Neutrophils, a group of cells that act as the body’s first line of defence against infection, rush to the site where the bite occurred. They are then followed by macrophages, cells whose role is to search for and destroy foreign particles that do not belong in the body.

When the researchers used Semliki Forest virus marked with a fluorescent dye, they found that some of the macrophages themselves were infected by, and replicate, the virus, further spreading the infection. Upon infecting a strain of mice lacking macrophages with Semliki Forest virus, the researchers found that these mice coped comparably well whether they had been infected at a bite site or not. This demonstrates that the virus in fact uses the macrophages to replicate and spread rapidly to other parts of the body.

The findings of this study are especially appealing as they may point to one target – the site of the bite -for fighting infection and disease development more efficaciously. By inhibiting inflammation at the bitten area after a bite, it may be possible to put a halt to viruses before they establish infection. Further, it could be beneficial for multiple mosquito-borne infections, for the reason that bite inflammation is common to all of them. If the findings with animals hold true for humans and with numerous mosquito-borne viruses, the researchers hope that scientists could inhibit responses of the immune system (i.e. inflammation) at bite sites regardless of the pathogen, and thereby prevent the virus from establishing an infection.

The researchers suggest a potential way to reduce severe infections of mosquito-borne viruses due to mosquito bites; the simple act of applying an anti-inflammatory cream to the bite site could reduce the immune response, while preventing the need to suppress the immune system as a whole. Despite the fact that these findings are extremely encouraging for preventing the outbreak of mosquito viruses that affect millions of people globally, the researchers highlight the need for further research before any firm public health recommendations can be made.