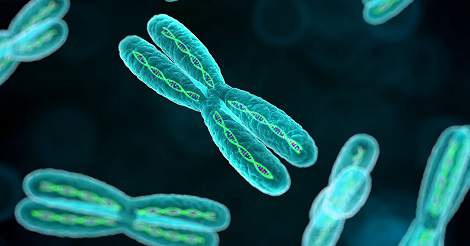 Researchers investigated different cohorts of men and determined that lifetime-acquired loss of chromosome Y in blood is associated with an increased risk of Alzheimer’s disease in addition to cancer, both of which may be exacerbated by smoking.

When we think of the Y chromosome (the male sex chromosome), sex determination and sperm production usually come to mind. Remarkably, it holds the potential to influence various other physiological processes in our body, and researchers are only beginning to scratch the surface of these associations.

In spite of that, the connection between the loss of chromosome Y (LOY) and aging in men has long been recognized. It is known that the mosaic or variable loss of the Y chromosome becomes more progressive as men age. Through previous studies focusing on cancer, it was observed that the same Y chromosome is eliminated in different types of tumors, and that the median survival time among men with LOY was about half as long in comparison to those without the loss. In addition, it was suggested that smoking is capable of inducing LOY, which underscores the interaction between environmental factors and genetic predisposition. The implications of LOY with regards to the susceptibility of other common diseases, however, were not yet examined.

As reported in The American Journal of Human Genetics, a team of researchers had assessed three studies, two prospective investigations and one case-control study, to test the hypothesis that men with loss of chromosome Y in blood cells are more susceptible to Alzheimer’s disease (AD). The three independent studies involved a total of 3218 adult men, all of which were older than 50 years. The case-control study (EADI1) mainly focused on Alzheimer’s disease among Europeans, whereas one of the prospective studies (ULSAM) concentrated on identifying risk factors for cardiovascular disease in aging men in Sweden. The other prospective study (PIVUS) aimed to investigate endothelial function and arterial compliance. Subjects from each cohort were randomly selected and had undergone clinical assessments for dementia. Blood samples were taken from each individual to estimate the extent of LOY, as expressed as the median of log R ratio (mLRRY).

Findings have demonstrated that men with mosaic LOY in their blood experienced an increased risk of AD. In particular, it was determined that LOY has a profound impact on the pathogenesis of both cancer and AD, and that it is not merely a neutral product of aging. As mentioned, it was previously suggested that smoking may be capable of inducing LOY gradually, and that it is also potentially a risk factor for the development of dementia. In this current study, however, no significant association was found between smoking and AD, although it does not rule out the possibility that it can promote LOY. Researchers proposed that defective immunosurveillance in the central nervous system is responsible for the development of disease. This refers to the malfunctioning of a process in the brain that is critical towards removing abnormal cells such as those resembling an AD phenotype. Thus, it is conceivable to think that LOY can disturb this monitoring mechanism, which in turn, may explain the increased risk in AD and certain tumours.

Through this study, more light is shed as to why men have a shorter life expectancy than women, since it is only men who possess the Y chromosome. By defining the association between LOY and diseases such as AD, clinical practices can be developed to target individuals of concern early on. In this case, it is ultimately proposed that measuring LOY in blood cells of aging men can be used as a predictive biomarker for AD and cancer.