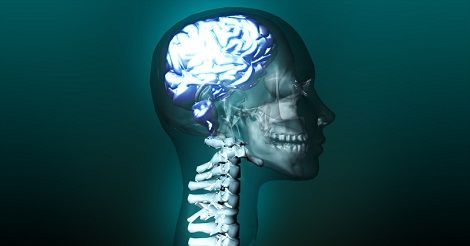 In a new study, researchers have discovered that anti-inflammatory Monocyte-Derived Macrophages infiltrate the injured brain and have a crucial role in long-term recovery after stroke

An ischemic stroke (a stroke resulting from a blocked artery) is followed by an immune response in the injured brain that involves microglia and monocyte-derived macrophage (MDM) infiltration. Monocytes are white blood cells and they can differentiate into macrophages in tissues. Microglias are also macrophages, but they reside in the brain tissue. New medical research has highlighted the importance of the infiltrating MDMs in the repair process, in addition to that of microglia in acute brain injuries and chronic neurodegenerative diseases.

In a new article published in The Journal of Neuroscience, a research group investigated the contribution of infiltrating MDMs to long-term spontaneous functional recovery after stroke in mice, and the phenotype and possible mechanisms of action of monocytes during the recovery. First, they assessed whether monocyte presence occurred in the injured tissue. They injected marked monocytes into the mice to differentiate between the microglias located in the brain and the MDMs, derived from the passively transferred monocytes. Two days after inducing stroke in the animals by middle cerebral artery occlusion (MCAO), blood samples and brain tissue were taken for analysis. Marked monocytes were found only in the damaged tissue and they showed markers specific to MDMs. Microglias were also found in great numbers at the site of the stroke.

The animals were tested with two behavioral tests to measure their long-term functional recovery: a corridor test (which tests a mouse’s ability to reach over its body to grab food) and a staircase test (which tests a mouse’s ability to reach up a staircase to grab food). The control mice showed normal behavior during the tests, while both stroke-suffered groups (stroke-only or stroke and antibody treatment) showed impairment in the corridor test on the contralateral side from 1 to 7 weeks after stroke. However, the stroke-only mice showed a spontaneous recovery at 11 weeks. In the case of the antibody-treated stroke mice, the impairment was maintained at the same level. In the staircase test, the stoke-only mice showed impairment after 1 week but recovered after 3 weeks, while the antibody-treated stroke mice only recovered after 7 weeks.

It was previously thought that any involvement from the immune system following brain injury was detrimental and that immune cells only increased brain damage following a stroke. This study shows, for the first time, that the monocytes recruited from the blood to the stroke-injured brain are significantly involved in the long term spontaneous functional recovery after stroke. These findings suggest that the contribution of MDMs to recovery could be attributed to their anti-inflammatory activity. The authors suggest that future studies should study whether this repair mechanism can be fostered by increasing the number of MDMs in the brain, derived from monocytes of external or internal origin, in order to create a therapeutic tool for recovery following brain damage.