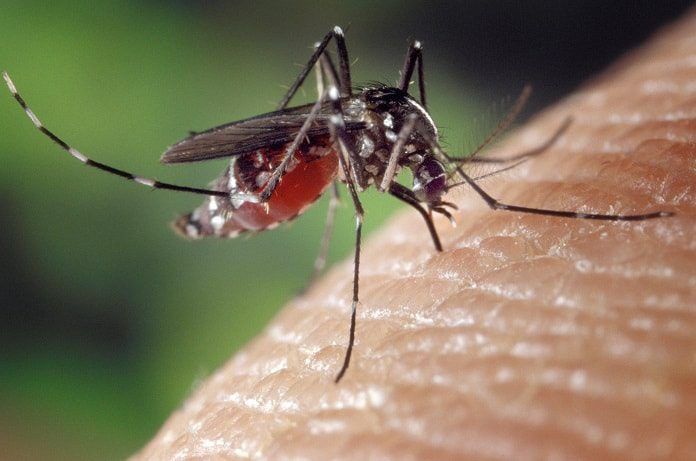 Chikungunya virus is a mosquito-borne virus for which recent outbreaks in human populations have drawn a lot of interest from the scientific community. Luckily, a group of investigators recently reported the development of a monoclonal antibody with therapeutic potential in a macaque monkey model of the disease.

Chikungunya virus (CHIKV) can be transmitted to humans via mosquitos and symptoms ensuing include muscle and/or joint pain and inflammation, skin rash and headaches. Although symptoms greatly diminish in severity following the acute phase of infection, CHIKV infection can persist several years after initial infection. From 2004-2007, major outbreaks of CHIKV infection were reported in Africa and Asia, raising interest from the scientific community and necessitating the development of novel therapeutics.

One therapeutic avenue for treating CHIKV is through recombinant monoclonal antibodies (mAb). In fact, an American group previously demonstrated that a cocktail of two mAbs reduced the symptoms and viral titers of CHICKV in previously infected rhesus macaque monkeys at days one and three post-infection. However, no advantage was observed compared to normally acquired immunity seven days post-infection, suggesting further optimization was required to achieve remission. To this end, the same group identified a human-derived mAb termed 4N12 whose epitope was mapped in the viral E2 protein and demonstrated remarkable protective effects.

In the most recent issue of PLoS Neglected Tropical Disease, the same research group reports on a highly potent mAb termed SVIR001, discovered by building on previous research to focus on 4N121. The authors start off by demonstrating the equivalent antiviral activity of 4N12 and SVIR001 in an in cellulo assay. Then they use an experimental evolution experiment to map the epitope of SVIR001 and conclude it resides in the same region of the viral E2 protein as 4N12. Furthermore, they confirm the antiviral activity of SVIR001 against CHIKV in a mouse model. To further document the relevance of their discovery in humans, they investigated the antiviral potential of SVIR001 in a rhesus macaque monkey model. Pharmacokinetic experiments demonstrated that SVIR001 is readily detectable seven days post-injection and that serum viral titers decreased by four logs 24 hours post-injection in macaques. Consistently, this decrease in viral titers was accompanied by a reduction of inflammatory symptoms and did not compromise the ability of the immune system to develop a sustained response against CHIKV.

Collectively, their results support that SVIR001 may constitute a therapeutic avenue for CHIKV in humans. However, despite the quality of their study, several questions remain unanswered. First, symptoms and viral titers were only evaluated over a period of seven days whereas CHIKV symptoms, as well as viral titers, can persist over several years. Thus, it remains unknown how SVIR001 therapy compares to a normal adaptive response over longer periods of time. Additional research appears necessary to address this question.