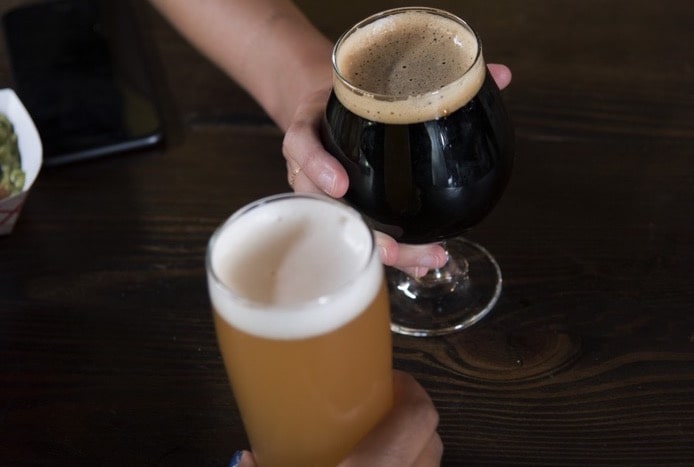 The combined results of seven different studies, which included almost 13,000 patients with atrial fibrillation, suggested that every additional drink a day elevates an individual’s chance of atrial fibrillation by 8%. However, the fine line between sound and harmful alcohol amounts remains unclear, as well as what pathological mechanisms are triggered by alcohol in the heart. In a recent study, published in Heart Rhythm, Professor Peter Kistler from the University of Melbourne and his team tackled this complex question.

The study examined how different alcohol quantities injure heart tissue and affect electrical signaling in 75 patients with atrial fibrillation. The patients were divided into three equal groups according to the average number of alcoholic drinks they used to drink in one week over a period of one year. The study defined moderate alcohol consumption as eight to 21 and mild alcohol consumption as two to seven drinks in one week. Participants who drank less than two drinks a week were considered as non-drinkers. An invasive test that characterize atrial anatomy and conductivity was performed in all study participants.

The study found that moderate alcohol consumption had the most significant effect on their hearts. Scarring and electrical anomalies were observed in patients drinking eight to 21, or 14 on average, drinks a week.

In other words, moderate alcohol consumption cause physical changes to the hearts of people with atrial fibrillation, which can further lead to potentially life-threatening series of events. These alarming consequences should serve as a red light for the exaggerated alcohol consumption in the Western countries in general, and in patients with heart diseases in particular.

As Professor Peter Kistler explains, “It is an important reminder for clinicians who are caring for patients with atrial fibrillation to ask about alcohol consumption and provide appropriate counselling in those who over-indulge.”