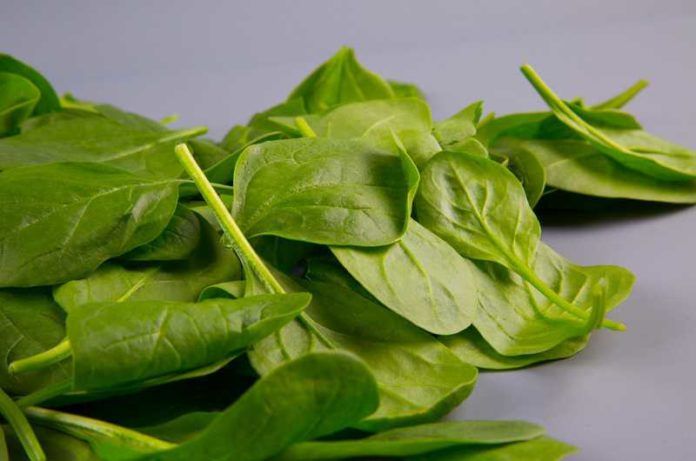 Dietary iron bioavailability can be calculated if good-quality data on iron intake and iron status is available for any given population. This can serve as a flexible and transparent tool for health professionals to derive their dietary iron recommendations.

Iron balance in the human body is regulated by its absorption, because there is no physiological mechanism for iron excretion. Dietary iron consists of heme (from animal tissues) and nonheme (mainly from plants) iron. Both heme and nonheme iron get absorbed in the intestines, but through completely different mechanisms. The proportion of dietary iron that is absorbed and used within the body is called the dietary iron bioavailability or bioavailability factor. It is important to know iron bioavailability values to derive Dietary Reference Values (DRVs).

Recently, Susan J Fairweather-Tait., et al. published a study in American Journal of Clinical Nutrition about a novel predictive model that they have developed for estimation of dietary iron bioavailability, based on measurement of total iron intake (heme and nonheme), serum ferritin (SF) concentration, and factorial calculation of iron requirements.

To present the model, they used data from three different studies: The National Diet and Nutrition Survey (NDNS), the National Adult Nutrition Survey (NANS), and the New Dietary Strategies Addressing the Specific Needs of Elderly Population for a Healthy Ageing in Europe (NU-AGE). The samples used in the NDNS and NANS were healthy adults between 19-64 years (United Kingdom) and aged over 19 years (Republic of Ireland) respectively. The NU-AGE study included healthy older people aged 65-79 years.  Dietary intake was evaluated using 7-d food diaries in the NDNS and NU-AGE groups and a 4-day semi-weighed food record for the NANS. The data were collected between September 2012 and January 2014.

All participants were tested for C-reactive protein (CRP) and a-1-anti-chymotrypsin, which are the two biomarkers of infection or inflammation. In the case of infections or inflammation, the concentration of SF does not accurately indicate iron stores. Therefore, any samples with elevated levels of these biomarkers were excluded from the study.

Characteristics, iron status, and dietary intake of participants in the study were stratified by grouping them as premenopausal women, postmenopausal women and men. Most participants were found to be iron sufficient which means an SF concentration of more than 15mg/L.

Application of the bioavailability model to this data revealed differences in iron status between the 3 study groups, based on age (postmenopausal women had lower iron status as compared to premenopausal women) and by diet (higher meat intake in NANS group was associated with higher SF concentrations).

A direct correlation between SF concentration and percentage of nonheme iron absorption has already been established. At SF concentration of 60mg/L, the absorption of dietary iron is no longer upregulated, whereas at lower SF concentration (less than 15mg/L), the effect of diet gets more significant. This shows the relevance of iron intake and SF data in populations with different dietary patterns.  It is important to note that body iron status is most influenced by the consumption of meat.

Furthermore, in healthy individuals, when total iron intake and body iron status can be accurately measured, the unknown variable, i.e. dietary iron absorption, can be calculated by considering the individual physiological requirements. At present, there is no satisfactory method to estimate iron requirements in a large number of individuals (especially women of child bearing age because of menstrual blood loss), but mean iron requirement can be calculated for a population. These computed means can be used to set DRVs and develop dietary guidelines. For instance, based on dietary variations of different populations, the WHO has proposed 4 different values of bioavailability figures and DRVs: 15% and 12% for western-type diets; and 10% and 5% for developing countries.

The limitation of the model presented here includes the fact that there was not enough information to assess if subjects included in the study were taking any medications that could affect their iron absorption. However, the strength of this study is the use of high-quality data of iron intake and iron status, as well as exclusion of individuals with raised inflammatory markers, and individuals taking supplements.

In conclusion, the application of this model for calculating dietary bioavailability values would promote uniformity and reduce uncertainty in deriving values for dietary iron absorption. The model can be used for any adult population where good-quality data on iron intake and iron status can be obtained. This presents health professionals with a flexible, yet unambiguous approach to make dietary recommendations for any target concentration of SF.