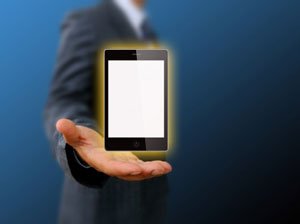 Smart phone apps have revolutionized the way we live our lives, but will they also revolutionize the way in which we receive healthcare? Several studies currently underway are testing the effectiveness of mobile medical apps for a wide range of medical conditions.

A study currently recruiting at The Miriam Hospital, together with The National Institute of Diabetes and Digestive and Kidney Diseases, in Rhode Island, United States, is investigating the efficacy of a smartphone app on reducing sedentary behaviour in obese participants. The B-MOBILE smartphone intervention trial will be carried out with participants being given a smartphone and app that will monitor their sedentary time. The app will remind participants to walk for either 3 or 6 minutes following a sedentary period of 30 minutes. The app will also give positive feedback for the increased activity. The study is recruiting participants aged between 21 and 70 years of age who are either obese or have had bariatric surgery, with a BMI greater than 25kg/m2.

The National University, Singapore at Singapore General Hospital, Department of Endocrinology, is conducting a study with the aim of assessing the feasibility of a smartphone app for diabetes patient glycemic control. The study is recruiting participants aged between 40 and 70 years old, with HbA1c ≥7.5%, who are willing to inject themselves once daily with insulin. The participants will use the smartphone app, Diabetes Pal, to guide them in self-titrating of their insulin dose. These participants will be compared with a control group who will have usual care. The primary outcome of the study will be the change in glycemic control between the control and intervention groups.

Clinicaltrials.gov “Feasibility of Using a Smart Phone Application for Self-titration of Insulin on Glycemic Control in Patients With T2DM” Available from: http://www.clinicaltrials.gov/ct2/show/NCT01950676?term=NCT01950676&rank=1Last Accessed: Oct 1, 2014.

The Central Arkansas Veterans Healthcare System, North Little Rock, Arkansas, United States in collaboration with the National Center for PTSD is assessing a smartphone app called ‘Mood Coach’. Mood Coach is a behavioural activation protocol that has been developed as a means of monitoring mood responses and tracking activity in participants with major depressive disorder. The study will assess the effectiveness of this app as a supplement to the standard behavioural activation treatment. It is thought that due to the convenience and accessibility of the smartphone app, adherence to the treatment will be improved. The study will assess changes in measures of symptoms of depression, anxiety, and stress for an eight week period. Participants will be eligible for the study if they are veterans aged between 18 and 89, meet the criteria for major depressive disorder, and would like to take part in psychotherapy for depression.

Spot Light, a concussion injury management app, is designed to coordinate the diagnosis and management of concussion. A study assessing Spot Light is being carried out by the Centre for Injury Research and Policy, Nationwide Children’s Hospital, Columbus, Ohio, United States. The study aims to determine whether use of the Spot Light app will increase the rate of reported sports-related concussions and referral to physicians for follow up care. In all there will be 200 football teams from high schools and middle schools enrolled in the study.

Currently recruiting at the University of Virginia, Charlottesville, Virginia, United States is a study assessing the effectiveness of a mobile app for smoking cessation. The app will use ‘mindfulness therapy’ which has demonstrated effectiveness in disassociating cravings and smoking behavior. The app, called QuitPal, will be implemented in both hospital and community clinics, where results will be analyzed at 2 month and 6 month treatment follow up. The study period will be 6 months, and the primary outcome measure of the study will be number of cigarettes smoked, with secondary outcome being cravings. To be eligible for the study, participants must be 18 years of age or older, smoke an average of at least five cigarettes per day, and would like to quit smoking. This mobile medical app has the potential to provide an effective quitting aid that is non-pharmacologic and highly accessible to those wanting to quit smoking.

The SelfFit App for Hearing Loss Diagnostics and Hearing Device Fitting and Fine Tuning is being assessed by Two Pi Signal processing Applications GmbH, and carried out at the Department of Clinical and Experimental Audiology of the Academic Medical Centre, Amsterdam, Netherlands. The purpose of the study is to test the safety and efficacy of hearing aid fitting using the SelfFit interactive app. With outcomes of hearing threshold and speech intelligibility, participants with mild to moderate sensorineural hearing loss will use the app and compare the performance of their hearing aids adjusted using SelfFit, or through conventional audiogram-based fitting. Participants included in the study will be aged between 18 and 75 years, with hearing loss between 35dB and 50dB, with no language problems. Patients will be excluded from the study if they have conductive hearing loss in the middle ear, or severe hearing loss.

Image courtesy of SOMMAI at FreeDigitalPhotos.net