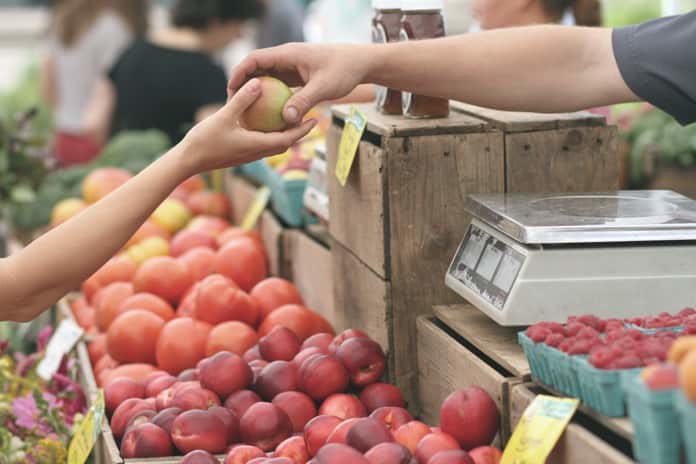 A new study looked at how a mobile market can help low-income families incorporate more fruits and vegetables into their diets.

We all know that eating fruits and vegetables are essential to our diets. Most of us have memories of our parents force-feeding us Brussels sprouts and peas. Indeed, fruits and vegetables help reduce the risks of developing many fatal diseases, such as type 2 diabetes, heart disease, and even some types of cancer. However, low-income families often struggle to access and afford fruits and vegetables, and when they can, they are often of lesser quality. Thus, when frequenting larger retail stores, these families instead resort to the more accessible and less healthy options.

A mobile market is an initiative conceived specifically to solve these problems. Mobile markets, such as the Veggie Van (VV), eliminate many of the challenges faced when trying to open a new grocery store in low-income areas. They also provide a channel through which fresh produce can be purchased at a lower price. These mobile markets often focus mainly on fruits and vegetables, which are grown locally, and are thus fresh and of higher quality.

Several studies have been conducted in the past few years to determine the effects mobile markets have on fruits and vegetable consumption in low-income communities. While these studies are helpful, they are not what scientists refer to as randomized control trials (RCTs). RCTs are studies where each variable is monitored carefully, so as to enable us to determine whether there really is a significant effect. RCTs are done by randomly assigning participants to either an intervention or a control group. The intervention group will go through the specific treatment being tested, while the control group will not, and serve as a comparison.

Can a Mobile Market Improve Fruits and Vegetables Consumption?

This study, conducted in North Carolina, USA, set out to determine whether a mobile market does create a positive effect on underprivileged communities. The researchers conducted a RCT that evaluated how the Veggie Van, a mobile market, will affect the intake of fruits and vegetables of participants in several low-income communities.

Over the course of six months, 142 participants filled out surveys evaluating the impact on the food environment (the neighbourhood) and on their nutritional education (self-efficacy). They also recorded their diet using the Food Frequency Questionnaire. Of these participants, the great majority were female (95.8%) of African American descent (64.8%), who were mostly middle-aged and obese. More than half of the participants reported an annual income of less than $30,000, as well as receiving some form of government assistance.

To influence a change in the food environment, the Veggie Van, a non-profit organization, attempted to increase “availability, accessibility, acceptability, affordability, and accommodation”. These were done through partnering with local community organizations (accessibility) and selling the produce where the participants would normally frequent (availability). Furthermore, offering high-quality produce at a low price and accepting different types of payment, addressed the issues of acceptability, affordability, and accommodation, respectively.

The nutritional education aspect of the study was addressed through sending newsletters, which demonstrated the benefits of including fruits and vegetables in their diets. Furthermore, campaigns at Veggie Van sites would market the benefits of the Veggie Van produce, and Veggie Van would often provide cooking demonstrations, tips, and recipes. Dietary influence was measured by comparing any changes between the reported fruits and vegetable consumption at the beginning of the study and again six months later. Both groups (control and intervention) were studied so as to eliminate any other variable that may influence the results.

Mobile Markets Led to More Consumption of Fruits and Vegetables

As published in the International Journal of Behavioural Nutrition and Physical Activity, the researchers found that introducing mobile markets increased the consumption of fruits and vegetables by 0.95 cups per day. However, these results included a few extreme cases, and after compensating for those, the increase is only 0.51 cups per day. Moreover, the control group has shown a significant decrease in their consumption of fruits and vegetables (0.66 cups per day decrease), thus strongly influencing the above-mentioned results.

In terms of environmental changes (or the perceived access to these services), the participants’ reports have shown no significant change. This is despite the previously mentioned attempts at increasing the accessibility of Veggie Van sites. In terms of educational impact, the participants reported that it was significantly easier for them to incorporate more fruits and vegetables into their snacks, and to cook with fruits and vegetables in an appealing way, using what they had on hand.

The study, therefore, has shown some benefits of mobile markets. However, it was strongly lacking in their ability to create more exposure in the community. In fact, only two-thirds of the intervention participants have reported purchasing from Veggie Van sites. Therefore, future studies should focus their designs on increased participation. Further limitations reported in this study have to do with the sample size not being as large as expected.

Also, the questionnaire used to collect dietary information may not have included foods that are more abundant in those North Carolina communities (e.g. leafy greens, root vegetables, etc.). It is also unknown why the control group had shown such a decrease in their values. The researchers hypothesize that it may mean that they have just reverted back to their normal eating habits. Further studies should account for these issues through improving the questionnaires used to measure food consumption, and increasing the sample size.

This is the first randomized controlled study to show that a mobile market can increase fruits and vegetable consumption, and may be just the first of many to follow. Implementing a mobile market, such as the Veggie Van, is relatively simple and comes at a low-cost. While increasing the access to healthy and nutritious products, a mobile market can decrease access to the unhealthy products that are found in big retail stores. The implications of these implementations could mean improvements in the overall health of large sub-group of Americans, consequently reducing the occurrences of fatal illnesses.