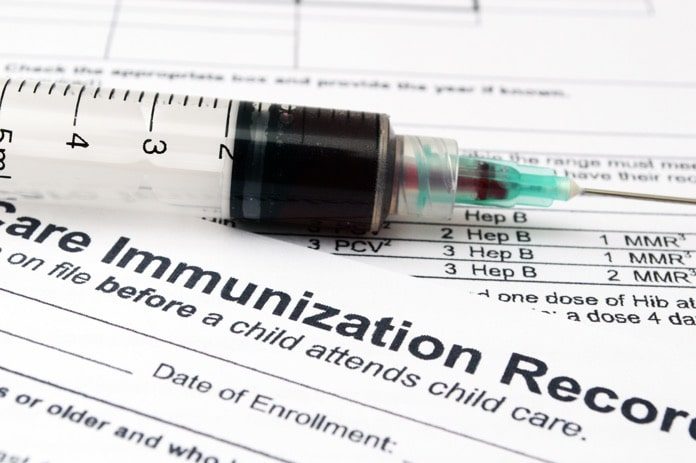 A recent editorial published in the Annals of Internal Medicine discussed further evidence n the safety of MMR vaccines.

Twenty years ago, a study was published – and subsequently retracted – that reported 8 out of 12 children with a developmental delay were diagnosed with autism four weeks after being administered the measles, mumps and rubella (MMR) vaccine. Although this study was retracted, the study went public and contributed to the misrepresentation that vaccines are unsafe. This caused people to stop vaccinating their children in the United Kingdom and other countries.

Since then, there have been many other studies that have looked into the relationship between receiving the MMR vaccine and developing autism, all resulting in no associations between the two, yet people are still very concerned for their safety and the safety of their children.

The amount of overwhelming evidence on the lack of an association between the MMR vaccine and autism raises two questions:

In a recent editorial published in the Annals of Internal Medicine, authors Omer and Yildirim discuss the scientific and communication considerations regarding the MMR vaccine and autism issue.

They discussed that, ideally, researching vaccine safety would be done based on scientific grounds and not on the most recent viral conspiracy theory. In fact, contributing to such may be wasting resources to investigate more promising leads in public health. Even with so much evidence refuting the relationship between vaccination and autism, people are very hesitant on receiving the vaccine to such a great extent.

In the year 2000, the US declared that it had eliminated measles, but due to this increased hesitancy, there was a measles outbreak in Disneyland, California in 2015, in Minnesota in 2017, and so far, there have been 5 reported cases in 2019. The majority of these cases were unvaccinated.

An increasing the amount of evidence refuting such claims can be useful, however, in such a “fact-resistant” society, data is not exactly persuasive, and more needs to be done on addressing these misinterpretations. Omer and Yildirim suggest that the approach to this may be done in three steps.

First, they note that myths should be clearly labelled, eliminating any misleading headlines that can result in any inaccurate interpretations. Seconds, every piece of wrong information does not require a rebuttal, and the focus of each address should be based on a few key facts. Third, an alternative explanation should be provided. If not, it is easy to revert back to the original, misinformed beliefs.