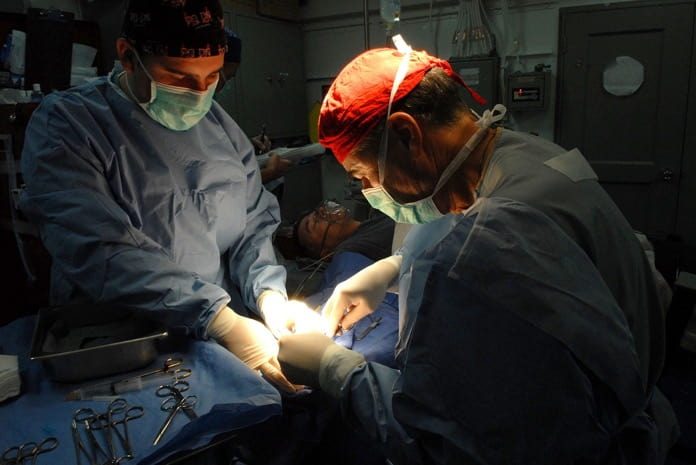 A recent study looked into older patients’ experiences with delirium after surgery, and whether surgical anesthesia administration monitored by brain activity caused this complication.

Older patients appear to be more susceptible to delirium as they recover from surgery. Delirium is a state of altered consciousness. As well as having negative effects on the patient’s recovery, it is distressing for the patient, caregivers and hospital staff alike. Anesthesia during surgery, and how much the patient is affected by it, has been suggested by several researchers to have a role in this complication.

A group of researchers based at the Barnes-Jewish Hospital in St. Louis, USA determined whether monitoring brain activity during surgery to minimize anesthesia administration affects delirium.  In order to measure this, a group of older patients undergoing anesthesia had their brain activity measured, and the clinician in charge of the anesthesia altered the types of drugs the patients were given to try and stop any suppression that occurred. The occurrence of delirium in these patients following surgery was compared that of patients whose brain activity was not measured. They published their results in JAMA.

In total, results from 1213 patients were obtained. When looking at the occurrence of delirium after surgery, anesthesia and its delivery based on the level of brain activity, did not have a causative effect. That is, patients were just as likely to suffer from post-operative delirium whether their brain activity was measured or not.

These findings are in contrast with previous studies that suggested that delivering anesthesia with the use of technology to monitor brain activity suppression reduced post-operative delirium. The researchers discuss that the difference in results may be related to the quality of the different studies. In this study, delirium was the main problem that researchers were looking at, so the study was designed specifically to answer this question. This makes it higher quality research than previous studies where it was a secondary outcome.

In conclusion, the research findings do not support measuring brain activity to guide the delivery of anesthetic drugs during surgery. They discuss that doing so is actually labor-intensive and may distract the doctor from other important observations that need to be made during anesthesia.