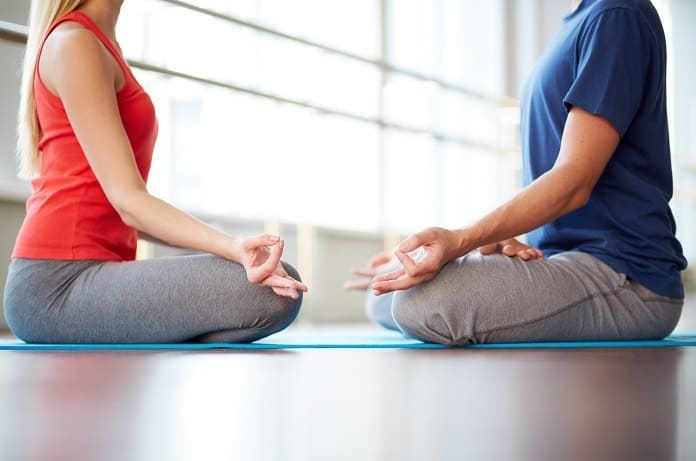 Any substance use disorder can be problematic to kick. And in an effort to reduce the relapse rates, researchers studied 57 people to determine if practices like regular meditation in mindfulness practice decreased the desire for an addictive substance.

A recent study published in the journal Drug and Alcohol Dependence built upon existing research linking tobacco-cessation attempts, i.e. cigarette smoking, to a resumption of direct use. Their six-month research is a first-of-its-kind study, incorporating mindfulness practice as a method of disrupting established behavioral patterns linking craving to substance use during an eight-week therapy session.

Mindfulness: A Gentle and Kind Awareness

The researchers defined mindfulness practice as “a gentle, kind, and curious awareness of experience” of causes for substance use. Instead of condemning actions leading to substance abuse disorder, the mindfulness-based relapse prevention (MBRP) methods encourage nonjudgmental examination of the sometimes unpleasant life situations or other behavioral triggers leading to craving and subsequent relapse.

During the study, the person attempting to overcome substance abuse will analyze elements leading to craving and potential relapse, then utilize the brain’s infinite powers and meditative coaching to maintain remission.The meditative strategies were both formal and informal and had frequency and duration elements associated with each.

The study population included 57 people—mostly men and about 63% of whom were white—between the ages 21-60. The mean age was 38 years. Mean is defined as half of the participants being younger than the mean age and half being older. Nearly 77% of the participants acknowledged use of more than one drug on survey forms and 11% of them stated they utilized pharmacological-based withdrawal therapy.

Importantly, all participants had already successfully completed a mindfulness-based relapse prevention program that had introduced them to mindfulness practice within the two prior weeks of embarking on the study. The scientists posited that those who frequently engaged in mindfulness practice would achieve a greater degree of relapse maintenance than those who did not.

During the study, participants reported their craving incidents: their utilization of mindfulness-based relapse prevention, whether they had missed instructional sessions, and whether or not the craving returned them to their substance use. At the end of the eight weeks, the study numbers validated the researchers’ hypothesis: the people who reported practicing what was categorized as formal mindfulness achieved a higher degree of substance abuse relapse maintenance (ie. a lower degree of relapse).

The study’s strengths lie in the fact it strongly links following a mindfulness-based relapse prevention program to enhanced remission maintenance, especially where drug usage is concerned. Also, the authors did encourage further research to augment their findings.

However, the authors conceded the study’s limitations: a small population size that self-reported respective incidents of mindfulness practice, survey limitations that included opportunities for nonsensical answers, and self-reported craving data that stretched over a week’s time, as opposed to more regular recording of those instances.

Further, they suggested a more thorough linkage between mindfulness-based relapse prevention could be established by stratifying research data by gender, choice of substances used, and the degree to which a participant had become addicted to a substance. They also stated the power of the mind to achieve relapse maintenance can be a field of ongoing research.

Enkema, MC and Bowen, S. Mindfulness Practice Moderates the Relationship Between Craving and Substance Use in a Clinical Sample. Drug and Alcohol Dependence. 2017.