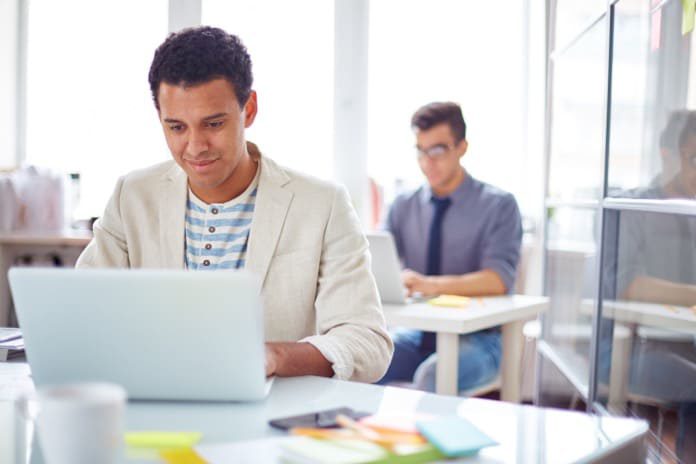 Researchers looked at studies involving Mindfulness-Based Stress Reduction with employees to determine the effects mindfulness had on their mental health.

Mindfulness has been studied extensively in the past couple of decades, especially with regards to mental health and well-being. Mindfulness is related to meditation and is believed to be gained through meditation, but it is not synonymous. There exists, to this day, dozens of different mindfulness-based interventions ranging in delivery mode, duration, and target population. For example, they could be short or long-term, and they could be intended for clinical populations, such as people suffering from depression or for non-clinical populations (everyday people). Although there are many advantages to a variety of mindfulness-based treatments, this variety actually hinders researchers from being able to make conclusions about its effectiveness empirically.

There are many theories regarding the usefulness of mindfulness. Mindfulness meditation is, in fact, 2,500 years old, and its use throughout history is just as varied as it is today. Some say that exposure to, or willingness to face difficult emotions, through mindfulness-based tools can bring about changes in the way people deal with everyday life stressors. It could help one dis-identify from the emotion and be able to simply be aware of it, accepting it without judgment, and therefore bringing about a change in attitude.

Defining mindfulness is also difficult, as the definitions given to this day are quite varied. Some define it as bringing one’s awareness to the present, on a moment-by-moment basis. Mindfulness can also be seen as an enhancement of the attention and awareness given to the current experience. Awareness is the consciousness of what you are experiencing, without these experiences being the centre of your attention, while attention is focused, bringing your awareness to a specific part of the experience. An important part to realize is this all happens without judgment, and in the present moment. You maintain an attitude of openness, curiosity, and acceptance. Mindfulness can be directed towards both internal and external experiences.

Mindfulness-Based Stress Reduction (MBSR), as developed by Kabat-zinn, aims at the alleviation of suffering, originally focusing on patients with chronic pain. The sessions involve the practicing of techniques, or states of mind, such as performing a body scan (paying attention to each part of the body), or a sitting meditation while paying attention to specific stimuli, such as breathing.

As published in PLOS One, researchers in the Netherlands reviewed 23 studies that looked at how MBSR can affect certain aspects of people’s lives. Specifically, they looked at studies that were performed on employees, most of which were in the health-care and teaching niches. The researchers wanted to classify each study as having high-, medium- or low-quality methodology. This, in short, meant that results from higher-level studies could be counted as more valid, or as a stronger evidence to support the effect. Based on that, the researchers then classified each criterion into a “level of evidence”, and counted how many studies showed such evidence.

The researchers were unable to find any criteria with the highest level of evidence (definite proof). However, a lower level of evidence (plausible evidence) has been determined for many other criteria. First and foremost, the researchers have found that it is plausible that MBSR increased mindfulness as a trait. It is, however, interesting to note that several of the studies have not measured levels of mindfulness. This is strange, as mindfulness is believed to be the vehicle by which the other criteria have improved. Not measuring it can hinder our ability to see whether any changes are due to mindfulness.

Mindfulness is Hard to Measure

There are many problems with this topic. Firstly, measuring mindfulness is difficult, and is done differently from study to study. Further, self-reported measures can be biased in this respect, as people who have undergone mindfulness-based treatment have spent many hours on it. Therefore, they are more likely to report a positive result. Thus, there needs to be a larger focus on others’ reports. Potentially harmful effects should also be studied in the future, such as the effects on trauma or psychosis patients. There is likewise a great need for less ambiguous, clear outcomes that can be measured more reliably. The researchers also mentioned that there may be a publication bias, which results from the fact that studies which report a significant outcome are more likely to get published.

Moreover, there is a need for an increase in sample sizes, especially in this niche, since most studies reported only around twenty participants. There is an overall lack of studies that focus on the mindfulness and employees niche. Furthermore, there is little research that looks at the long-term effects of mindfulness interventions, which is important in distinguishing mindfulness as a temporary state, and mindfulness as a personality trait.

Overall, the researchers conclude that there is a need for higher quality studies (as only two out of the 23 were deemed high-quality). However, the outcome of the reviewed studies suggests that MBSR can be beneficial to employees’ psychological functioning, even though we cannot draw any concrete conclusions yet. The abovementioned benefits that have been shown to arise with mindfulness-based treatments are highly desirable. However, the researchers note, it is not enough just to treat the workers, but the work environment must also be changed accordingly. They hope to increase the number of high-quality studies that consider these problem areas in tandem to get a better grasp on the slippery concept of mindfulness.