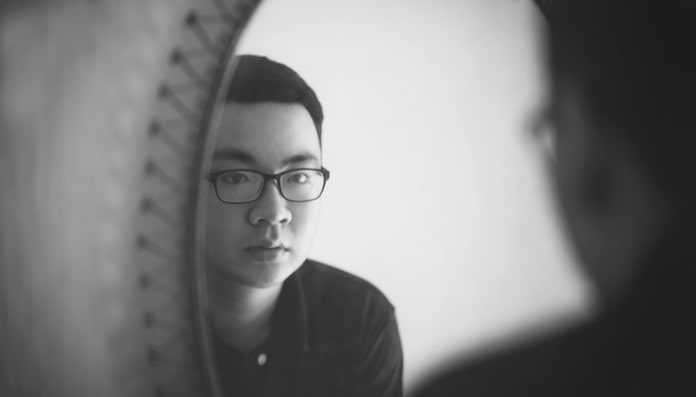 A recent study investigated the relationship between positive and negative body image and mindfulness of the body, or interoceptive awareness.

While researchers have long been interested in the way people relate to their bodies, negative attitudes about our bodies remain highly pervasive in Western society. There are many factors contributing to the epidemic of negative body image. It can, therefore, be beneficial to determine, in more detail, the associations with body image made in our internal worlds.

What is body image?

Body image is the collection of perception, feelings and thoughts regarding one’s own body. Negative and positive body image are defined somewhat uniquely. Positive body image is not the absence of negativity, but rather an expression of “appreciation for the body as it is, even though there may be aspects that an individual may want to alter.” This implies that there may be different factors that appear to be related to positive, but not negative, body image.

Intuitively, we tend to assume that body image is related to how a person, quite literally, sees their body. Thus, studies of body image have often focused on people’s external senses, mainly vision. A study published in the journal Body Image, suggests that interoception, or one’s sense of the signals that originate from within the body, may be just as important.

Interoceptive awareness, in addition to basic awareness of such signals, also includes differing features of regulation, and adaptive or maladaptive ways of paying attention to these. For instance, these include the subjective experience of cardiac signals as pleasant or unpleasant. Several subsets were identified in interoceptive awareness, including “the use of attention to bodily sensations to regulate distress” and “the inclination to attend to bodily sensations for insight”. These closely resemble the concept of mindfulness of the body, described in detail elsewhere.

The researchers mention that it is possible for a person to pay significantly more attention to their external body (the image of it) when they pay less attention internally, and vice versa. Thus, negative and positive body image may be related to interoception. In order to explore the relationship between body image and the different facets of interoception, the study recruited 646 British men and women above the age of 18.

The researchers determined that interoceptive awareness was related to all the different aspects of body image they surveyed – including, for instance, body appreciation, body pride, and overweight preoccupation. Most pronounced was the association with body appreciation or positive opinions and appreciation of the body. Functionality appreciation, the extent to which an individual appreciates and respects the body for the functions it is capable of performing, while less strongly related, was still pronounced. Likewise, was body pride, personal appearance-related achievements and behaviors (appearance efforts).

Thus, the study has been able to determine in more detail the association between interoceptive, or mindful awareness of the body, and one’s attitudes and feelings towards it. Such findings contribute further to our understanding of how positive and negative body image develop. Also, this study was conducted on both men and women and included participants much older in age. This is in contrast to previous studies focusing on young women. In terms of sex differences, the researchers note stronger overweight preoccupation and greater investment in appearance in women in the sample.

The study employed self-reported measures (i.e. questionnaires) on which the results were based. These measures are relatively less reliable and may face several limitations on their own. Also, the relationships presented in this study may be bidirectional, a possibility that was not explored here.

Nonetheless, the study does suggest that for those most affected by negative body image (e.g. eating disorder patients), specific interventions focusing on their awareness of and relationship to internal signals (for instance, mindfulness practice), may be particularly beneficial. Evidently, however, more research is needed.