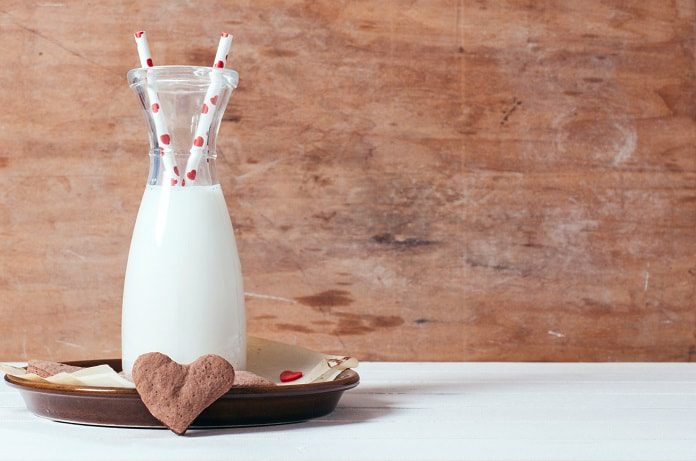 Certain components of milk fat have been linked to reduced inflammation and insulin after meals, which themselves are linked to less bone resorption. Rogers and colleagues investigated the links between milk fat and bone health, and found that consuming milk fats may limit bone resorption after meals.

The milk fat globule membrane or MFGM, which is the membrane that surrounds globules of fat in dairy, reduces inflammation, improves endurance and fat metabolism, and reduces frailty. Previous research has showed that consuming MFGM as part of a meal can reduce post-meal levels of blood cholesterol, inflammation, and insulin. However, the role of MFGM in bone health (including deposition and resorption), which is independently linked to inflammation and insulin, is unknown.

Rogers and colleagues published a study in Nutrition and Metabolism in which they quantified blood proteins that indicate bone growth or bone resorption after meals containing MFGM. The study included 36 adults between 18 and 65 years of age who were either obese or overweight, and who had at least two Metabolic Syndrome symptoms. These include high blood pressure, high blood sugar, high cholesterol, or waist circumference above 40 inches for men or 35 inches for women. The researchers excluded individuals who had other disorders or experienced weight loss or gain recently. Each subject received one of each meal: palm oil, palm oil and MFGM, whipping cream, and whipping cream and MFGM. The components were incorporated into a smoothie. Each meal took place one to two weeks apart, and the order in which each individual received these meals was randomized. This allows each individual to be his or her own control. The subjects fasted prior to each meal and then during the day of the meal, where blood was drawn at 1, 3, and 6 hours after the meal. The blood samples were then assessed for markers of bone growth, bone resorption, inflammation, and metabolism.

The inclusion of MFGM significantly reduced blood markers indicating bone resorption and inflammation. Effects of MFGM were most evident at the 6-hour blood draw.

Based on the results, milk fat and bone health appear to be linked, and consuming MFGM reduces bone resorption in the short-term. The researchers conclude that the effects of MFGM on bone turnover are not due to its effect on inflammation, but instead may be linked to cholesterol. Future work will need to identify how MFGM is interacting with other meal components to result in reduced bone turnover.