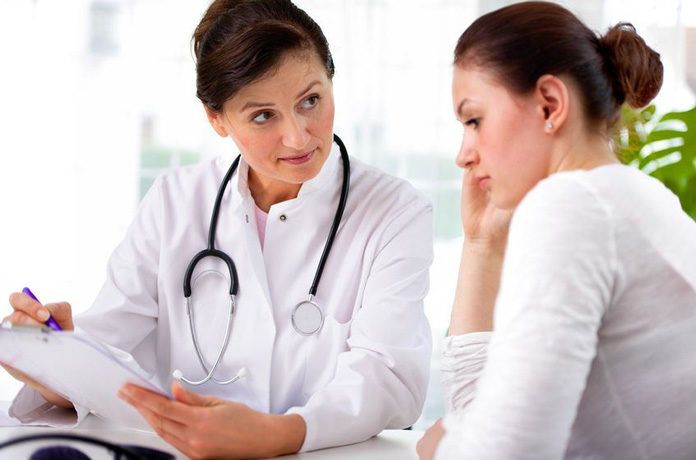 Uterine leiomyoma are benign soft tissue neoplasms affecting the female reproductive tracts of many women. Mifepristone and enantone are two medical treatment options that are equally safe and effective for treating the symptoms of fibroids.

Uterine leiomyoma, or fibroids, are benign soft tissue tumors first described by Matthew Baille in 1793. They are the most common tumors of the reproductive tract in premenopausal woman, and approximately 20-50% of patients with leiomyoma experience symptoms including heavy menstrual bleeding leading to anemia, and increased uterine size. Up until now, hysterectomies continue to be the definitive management of symptomatic fibroids. However, with technological advancement, medical treatment is available, providing a more favourable option for women who wish to avoid surgery and maintain their fertility.

In a recent study published in Medicine, Chongdong and colleaguescompared the safety and efficacy of  mifepristone (10 and 25 mg/d) with enantone (3.75 mg/month) over a continuous 3-month trial period. This study was based on the previously established premise that low-dose mifepristone is effective in reducing fibroid size and improves a patient’s overall quality of life.

To be included in the study, participants were required to be non-pregnant, but have a uterus equivalent to the size of at least 10 weeks gestation. If they did not meet the criteria based on uterus size, they were required to have at least one of the following symptoms present: menorrhagia or abnormal heavy menstrual bleeding, dysmenorrhea or painful menstrual bleeds, pelvic pressure, or anemia. There were several exclusion criteria, but of particular mention, women who had submucosal-type fibroids, bleeding tendencies, were postmenopausal, or who were suspected of or previously diagnosed with uterine cancer were omitted from this study.

The primary outcome was the total change in the size of the fibroid(s). Secondary outcomes were measured and included change in anemia status and improvement of relevant symptoms such as reduced menstrual blood loss, pelvic pressure, dysmenorrhea, and non-menstrual abdominal cramps. To calculate total fibroid volume the investigators conducted complete gynaecological exams including abdominal or vaginal ultrasounds to measure the dimensions of the uterus and of the fibroid(s) before and after treatment. If the participant had more than one fibroid, the largest one was measured and taken into consideration during the analyses. Other values such as red blood cell count, haemoglobin, estradiol, and follicle stimulating hormone levels were monitored before and after treatment.

At the onset of this study the participants were comparable, having no significant differences in their general characteristics. Though there were differences in the number of menstruation days between the 10-mg mifepristone and enantone participants, overall, they were found to be similar in measurements including hematocrit level, red blood cell count, and largest leiomyoma volume. At the end of 1 month, the mifepristone group was more likely to experience amenorrhea (76.41%, 72% for the 10-mg and 25-mg groups, respectively) than were those who had taken enantone (55.06%), and a reduction in blood loss was reported more often by those taking daily mifepristone. At 2 months, all 3 treatment groups had similar reports of amenorrhea. After treatment completion, participants from each treatment option had elevations in their red blood cell and hematocrit measurements, as well as improvement of symptoms including dysmenorrhea, non-menstrual abdominal cramping, and menstrual blood loss. The difference between the groups however, was not significant. The rates of all cause and drug-related adverse effects (i.e. hot flashes, vaginal dryness, mood changes, sweating) were more prominent in the group that was administered 3.75-mg of enantone, even though this group also experienced the greatest reduction in fibroid volume (43.58%) when compared to both mifepristone groups.

This study had a few limitations. The researchers did not have access to follow-up data from the patients about resumption of their regular menstrual cycles once the treatment was completed. The participants were also all Han Chinese, which raises the question of generalizability of the study results to other populations. This study was a non-blind trial which may have introduced certain biases because patients were aware of which medication they were taking, however due to the routes of administration (i.e. mifepristone is orally administered) it would have been difficult to apply blinding.

This study is important especially to readers who have symptomatic uterine fibroids and are looking for a non-surgical treatment option. Mifepristone and enantone are two of several available medical options, and they do not significantly differ in safety and efficacy.