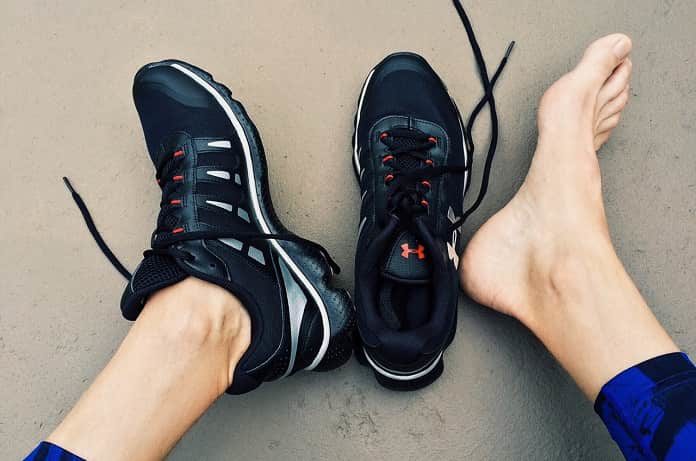 A recent study published in the Journal of Foot and Ankle Research investigates whether there is a connection between obesity and midfoot pain.

Foot pain is a common issue for many adults. Studies have found that there is a strong association between obesity (defined by elevated body mass index) and chronic plantar heel pain in a non-athletic population and with non-specific foot pain in the general population. A proposed mechanism for the observed link between increased body weight and foot pain is mechanical loading. Increased body weight contributes to increased plantar pressure leading to elevated peak plantar pressures, resulting in overloading of plantar tissues and subsequent pain. Researchers sought to determine whether changes in body weight were associated with changes in plantar pressure and whether this affected midfoot pain intensity or function of the foot.

Participants from a previous study (the baseline study) were invited to participate in the current study. The baseline study was aimed at evaluating plantar loading and foot structure patterns in obese and non-obese individuals, as well as determining the influence of body weight and foot structure on plantar loading. Researchers obtained baseline and follow-up measures in 2012 and 2014, respectively.

For the present study, the researchers included 51 of the original 68 participants. They assessed pain and disability measurements using the Manchester Foot Pain and Disability Index, which consists of 19 items measuring four domains: functional limitation, pain intensity, personal appearance, and difficulties with work/leisure activities. Only functional limitation and pain intensity scores were used in this study. They collected plantar pressure data using the MatScan platform system, a floor mat with integrated resistive sensors. Participants walked barefoot over the platform in their normal gait pattern according to the midgait protocol, in which two steps are taken and the platform is struck on the third step before another three steps are taken. Data from participants’ right foot were collected from three trials. Researchers determined plantar pressures for the whole foot and under five regions: heel, midfoot, hallux, and lesser toes.

There was no association between change in foot pain intensity and change in body weight, yet body weight was found to affect functional limitations; that is, increased body weight affects the individual’s ability to perform daily activities more so than increasing pain intensity in the foot. One study limitation is that the exact site of foot pain was not recorded, therefore, it cannot be concluded that areas of increased plantar pressure corresponded to areas of pain. Additionally, pressure differences between those exhibiting unilateral versus bilateral pain were not explored. The sample size for this study was small and weight gain over the two-year period was modest and may limit extrapolations for larger gains in body weight. Study participants tended to be younger and had lower BMI than those individuals lost to follow up. The results would be generalizable to this population only.

They found there was a connection between the change in body weight, change in midfoot plantar pressure (which could manifest as midfoot pain) and change in functional limitation. Given that there may be a connection between midfoot pain and weight gain, as it seems to be the most susceptible region of the foot, interventions to reduce foot pain should focus on reducing pressure in this region. The finding of an association between change in weight and change in functional limitation (i.e. weight loss is associated with foot pain reductions) merits further research to determine the basis of these observations. Future research is necessary to determine whether interventions aimed at normalizing and/or decreasing plantar pressures are able to bring about reductions in foot symptoms over time.