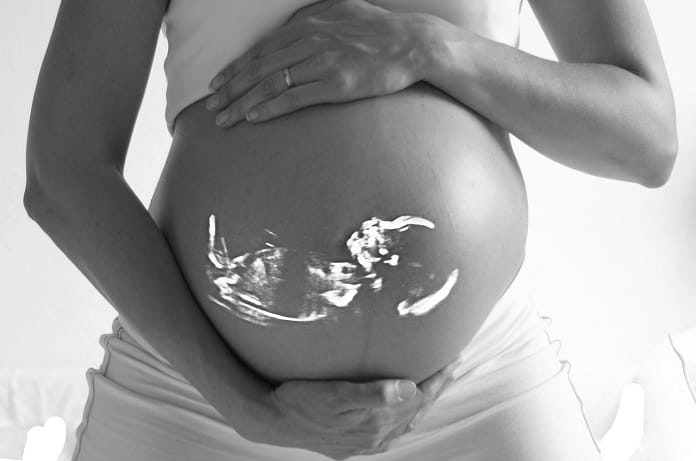 For over a century it’s been assumed that the human womb is a sterile environment, free from microbes and without a microbiome. A recent paper in Nature discusses the debate amongst the scientific community regarding whether or not a microbiome exists in the fetus before birth.

The microbiome is a unique collection of microorganisms that occupy a space and build a “mini-ecosystem”. The human microbiome is composed of different populations of symbiotic, commensal, and pathogenic bacteria. The human body is home to these microorganisms. These populations can be found in unique niches and can complement each other. For over a century it has been thought that the human womb is sterile and does not contain any of these microorganisms, unless that is, something goes wrong.

The scientific community has recently started questioning how true this actually is. A recent paper in Nature describes a research team in St. Louis, Missouri who started taking samples from placentas and examining them. What they found was astonishing – close to one-third of the samples contained microorganisms. Bacteria most commonly signifies an infection, which is known to lead to premature birth. The microorganisms in question were not pathogenic and there were no signs of inflammation in these samples that would indicate a possible infection. These microbes were found in healthy and unhealthy samples.

This provided one of the first clues that there could be a microbiome in the human womb. There is one outstanding question that researchers have not yet been able to answer: When do microbes first appear and settle the body? Until now, many assumed that the first colonization of microbes occurs after a baby contacts its mothers’ birth canal. If the hypothesis of a microbiome being present in the womb holds true, it may suggest that microbes are important in pregnancy and play a role in the development of an immune system.

Although the amount of evidence supporting a microbiome in the human womb increases with time, there are scientists that remain critical of the idea. Many scientists believe that these microbiomes don’t exist and they are an artifact of DNA from cells or just plain contamination of samples.

Examining the Placenta for Cues

It wasn’t until 2014 that the idea of a microbiome in the womb gained traction when a team of scientists found bacterial DNA in placental tissue. If there is no microbiome in the womb, the only bacteria present in the microbiome of the child should be only those found in the mother’s birth canal. The research team became curious when they showed that babies were born with bacteria in their microbiome that didn’t match the bacteria present in the birth canal of the mother. The lead of the research team thought that the only way that this could be possible is if some of the microbiome was already present prior to birth. Although the research paper made headlines in the news, scientists were still skeptical. Arguing that the presence of DNA cannot be used as a clause that a microbiome has been established. Other scientists complained that contamination may have been the source of the small amounts of DNA that were found in these research studies.

Another research team also tested several dozen placentas and could not find a microbiome. A research team in the United Kingdom have testified that they have similar data showing no sign of a microbiome in hundreds of placental samples. Recognizing bacterial signals in the placenta is harder than, for example, identifying the microbiome in saliva. This is due to the fact that the bacterial signal in the womb is so low. Therefore, identifying a significant amount of microbes becomes difficult. In addition, one of the most compelling pieces of evidence that a microbiome doesn’t exist in a womb is the fact that there are laboratory mice that are free of microbes.

Research in the future may or may not detect a microbiome in the womb. One thing that many scientists can agree on is that if research does fail to detect a true microbiome, this don’t not necessarily mean that the fetus absolutely did not encounter microbes while in the womb. But just because there are some microbes presents, doesn’t mean at all that there is a complex and flourishing microbiome. Regardless of what side of the argument you are on, there is some very interesting questions to ask regarding this topic and there is still much to learn in the future.